Exploration of Yak Museum in Tibet

Yak, has become a cultural symbol, and even a symbol of those people who live on the plateau.

In the Liuwu new district of Lhasa, there is a nest-shaped building, which is the Lhasa City stadium. The world's first yak-themed Museum is located in northwestern corner of the stadium. 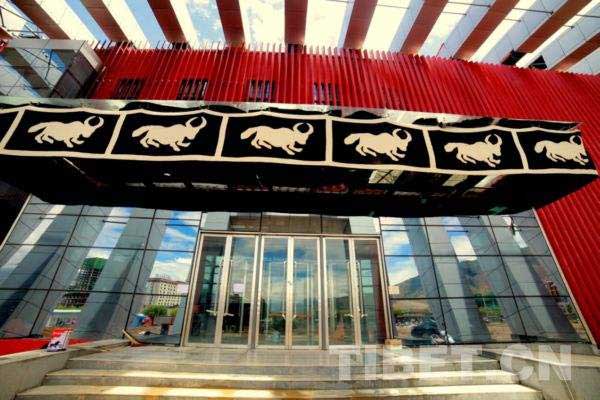 Stepped into the museum hall, the front of the lobby is a running yak-shaped figure according to the rock paintings of Ali Rutog County. The top of the hall is a half-human face and half-yak head painting called “The Yak and the Man” painted by the contemporary Tibetan painter, and Angsang. 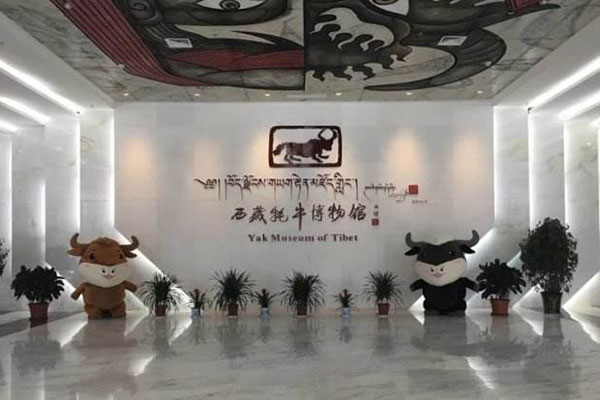 On the second floor, you entered the Thanksgiving Yak Hall, “where there is the yak, there are the Tibetan people,” these words are translated into Chinese and Tibetan language as well as English written on the exhibition wall. In the formal entry hall, there is a huge prayer wheel engraved on it are diverse fonts of the “yak” and accompanied by yak paintings. Entering the hall, your eyes will be blunt with 128 yak skulls arranged in a circle. It is said that each of them has its own name, age, and living area. The center of the hall is a Mani Stones, which should be carved with scriptures were engraved with different yak's names of Tibetan language instead. Mani Stones was piled with the donated wild yak's heads from various communities and nomadic people. Standing in the hall, and you are surrounded with the yak's heads as if the yaks are coming from the ancient times towards us, passed by some elements taken with religious meanings such as the prayer wheels, Mani stones and so on. You are able to travel through history, have a free communication with the yaks and appreciate the importance of the yaks for Tibetan people.

After the perceptual knowledge learned from the Thanksgiving Yak Hall, here will we come to have a true understanding of this really close relationship between yaks and the Tibetan people. Where the yaks are originated from? How are they distributed? What kinds of features do these yaks have that make them distinguished from other types? All these questions will be answered in the following. 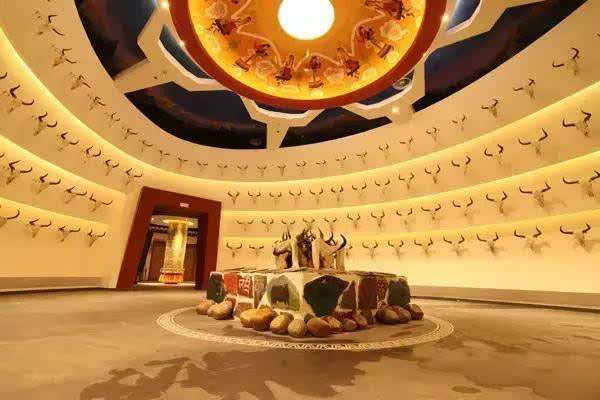 In the long run of production and living, Tibetan nomads have had the indissoluble bond with the yaks. It is their dream to invite yaks into the museum. Entered a Tibetan house that is displayed in the exhibition hall, visitors can have a look at the Tibetan traditional farming pattern-a man pulling the plough behind two yaks while a woman sowing seeds followed close behind. What is put in the long space behind them is a sort of transportation tool which has been long applied on the Brahmaputra River- Leather Boat. Meanwhile, the Leather Boat Dance-one of the intangible cultural heritages of Tibet, is showed on the wall. On the other side of the exhibition hall, a wall made of yak’s dump is placed right in front of the door that you can see it as you get into it. This special wall once was the most efficient and original way of keeping warm for Tibetan nomads. With move of sight and footsteps, you will see a black tent made from yak skins and a woman is about to go out of the tent. What showed in the hall vividly depicts the lifestyle that is closely related to yaks in the pastoral and agricultural areas. 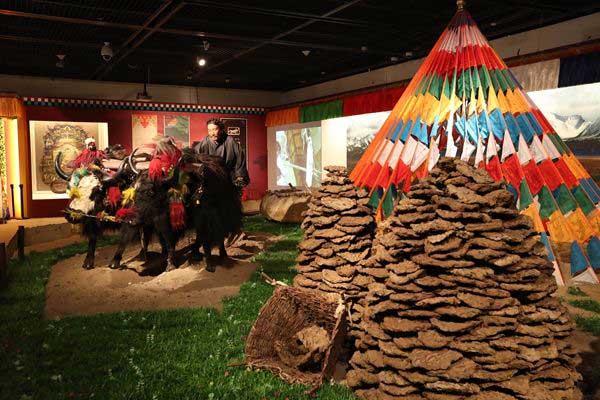 “The yak itself is a treasure.” It is absolutely not a false statement. Balance, leather case, leather painting and shields made from yak’s skins together with some Tibetan medicine contained components of Tibetan yak are all presented one by one in the hall. Furthermore, Yak materials are also more and more used in religion. Believers who make light of kowtowing from far to Lhasa all wear aprons that are mostly made of yak leather. There are two sets of appliance used in kowtow activities, which you can see not only yak products in old times but also a great contribution to the Chinese revolution and construction made by yaks in the Chinese modern and contemporary history. 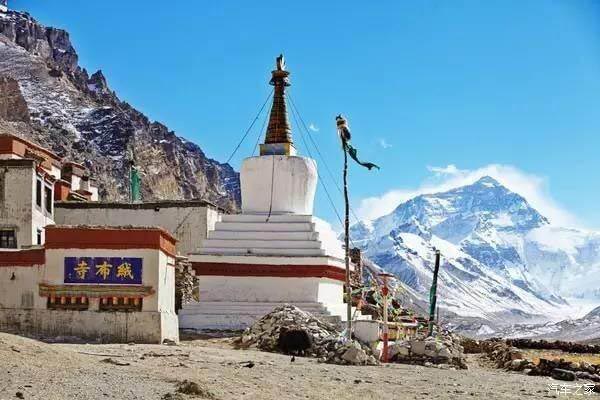 Here comes the last displaying hall-the spiritual beauty of yak hall, which shows the yaks that have been sublimed in spirits and arts. About fifteenth century, in Rongbuk Monastery at the foot of Mount Everest, Guru Zaju Avandanzen initiated the Praise of the Yak, did the most to praise and integrate secular yak with spiritual yak, being the only as well as the most important activity hosted by Tibetan nomads. Yak museum carried out the full text of record translation and full shot of this traditional rap for the first time. It is really a great enjoyment of slowly appreciating the spirit and beauty of Tibetan yaks in the yak museum. The story told in the museum is not just about the yaks, but more talked of the story of yak and nomads. Hence, it is more a museum of anthropology carried by the yaks. To be honest, yak has been already no longer just a sort of artistic image, the simplicity, honest, loyalty, compassion, tenacity, braveness as well as strongest spirit and will implied became cultural symbols on the lofty plateau instead.