Lakes of Tibet-Highlights for a Tibet Tour

Lakes in the Tibetan Plateau are widely distributed and splendid like the galaxy, being the plateau lakes that are at the highest elevation, of the largest number and covering the largest area. If spread out the map, it is easy to find that lakes on the map are as big as peanuts or as small as beans with diverse shapes. 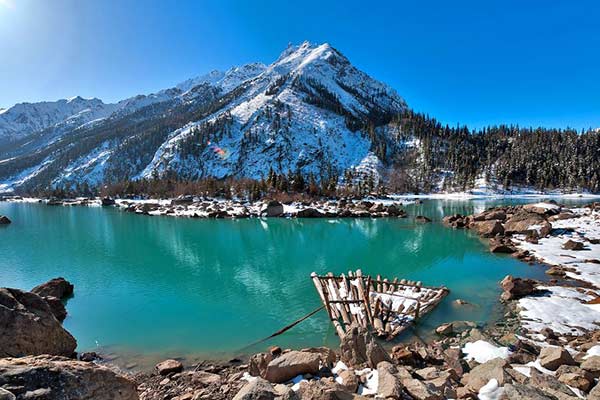 Ranwok Lake is situated in the south of Ranwok Township. It is not that large and is long-shaped, covering an area of about 22 square kilometers, seems like an inverted “L”. From March to June is the best time to go visiting Ranwok Lake. However, if visiting the Ranwok Lake in July, August, September or October, it is just during the rainy season here. Waters with mud will together flow into the river so that a layer of hoar steam will float above, showing a vast expanse of white. It is rather a fly in the ointment. Ranwok Lake is one of a few fresh waters in the eastern Tibet. It is frozen since the end of November and defrosted at the end of next March. The freezing and thawing of Tibetan lakes basically comply with this schedule. If you insist on winter, it is a good choice to take on your skates. Farther to the east and pass Nyingchi, it comes to Basumtso Lake. In the center of the lake, there is an isolated island. Besides, in this lake that is of similar size of Ranwok Lake even have yachts for tourists. 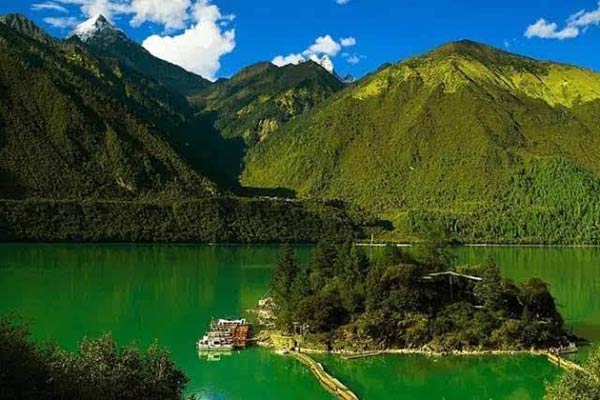 Tramp over the Gangbala Mountain that is nearly 5000 meters above the sea level, arriving at the top viewing platform. Taking an overview from here, you will see a large piece of blue lake water filled with lake basins with its shoreline twisted and turned. That is the well-known Yamdrok Lake. However, it is just a very small corner of it. Actually, the Yamdrok Lake ranks one of the three holy lakes of Tibet that covers a large area of 638 square kilometers, resembling a scorpion. There are a lot of lake branches together with numerous islands in diverse sizes in the Yamdrok Lake. Near here, villages, temples, pastures and woods as well as flocks of birds all form another kind of beauty of Yamdrok Lake. In late spring and early summer, herders nearby often ship yaks and sheep onto islands for grazing and won’t take them back until the early winter. What idyllic pastoral scenery!

Generally speaking, there are three view spots for appreciating the beauty of Yamdrok Lake, which are the mountain top, mountainside and lakeside. On the mountain top, you can view a panorama of this lake, while in the mountainside to see the lake itself and by the lakeside to watch the quality. There often attracts crowds of guys and dolls coming to the lakeside, giggling and flirting together and hoping to view all sceneries and shine like the lake. 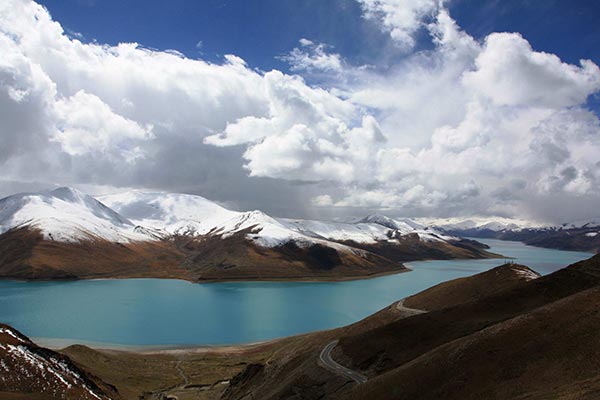 Some people think the Yamdrok Lake is fresh water. But as a matter of fact, if you taste its water, you will find it slightly salty. So the Yamdrok Lake is more accurately a brackish water lake. Nevertheless, in the lake still grew a lot of cold water fish.

Peikutso Lake is the largest lake in the Shigatse region, covering an area of 300 square kilometers. It arrays heading toward north to the south with both sides larger and the middle smaller, resembles a gourd. About the lake, there are two kinds of sayings: one is that in the south part of this lake, it is fresh water growing diversified of fish while in the northern lake shows no sign of life. But Tibet Lake scientific data all regard Peikutso Lake as a salt water lake. Which one of the sayings is true still remains unknown yet.

Standing at the lakeside and viewing in a distance, you will see the Mt. Shishapangma towering about 50 km away with snows covered around. This mountain is the only one completely in the Chinese territory that is more than 8000 km above the sea level. 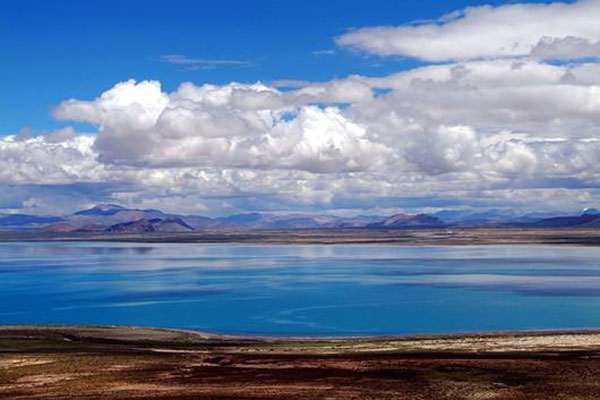 With the Mt. Kailash accompanying over 1 km on the marching right and keep all the way to the west, you will soon get to another sacred lake-Lake Manasarovar. But before arriving at this famous lake, you will firstly encounter a small lake named “Gongzhu Lake” on the way there. Although it is in fact a little bigger than the Ranwok Lake in the east of Tibet, it is really not worth mentioning in the dazzling aura of the hallowed Lake Manassarovar. You will feel it just fleeting without even a slightest nostalgia. The Lake “Manasarovar” means “eternal unbeaten” lake as per local language. It was hailed as a sacred lake is well earned, there seems to bear the meaning of fighting. And exactly, some stories about fighting around Lake Manassarovar have spread nearly a thousand years.

According to Tibetan legend, there lived a god of wealth-dragon king in the lake. Believers who came here to worship this dragon king with a stone or even a piece of feather will be blessed a lot of wealth by this god. By eleventh century, in the war between the original Bon religion and Tibetan Buddhism, this lake was named “Lake Manasarovar” (referring to “eternal unbeaten lake”) by Tibetan Buddhists to commemorate the victory of Buddhism.

In the eleventh century again, the founder of Kagyu Sect who came to the lake for Buddhist practice had a fight with a master of the original Bon religion. They reached to an agreement that the one who firstly reaches the peak of Mt. Kailash would be the winner. In the competition, the Tibetan Buddhism won. Since then, the lake Manasarovar and the Mt. Kailash respectively became the holy lake and holy mountain of Tibetan Buddhism. Moreover, it is said that Lake Manasarovar later also became a place for an Indian god to bath while the Kailash became the residence of Lord Shiva, reputed as the center of the boundless universe in accordance with the Hinduism and Jainism. At some point, in the annual Kora activity, (turning around sacred mountains or lakes for blessings) there added some other figures of Indians and Nepalese.

In the north of the sacred lake stands the sacred Mt. Kailash with the western part of the Himalayas at its south-the highest peak in the territory of China. Situated between the two peaks, this holy lake occupies the best place here. Surprisingly, the snowy water melted by the Chinese peak nourishes Lake Manasarovar while the snowy mountain of Kailash not only raises countless lives in Tibet but also a source of the Yarlung Zangbo River.

Lake Manasarovar is the largest fresh water lake in Tibet, also the highest one around the world that occupies an area of 412 square km. In Tibet, the number of fresh waters that is over 50 square km is only 13. These fresh waters are indisputably rare in the arid western Tibet. People revere lakes because water is the source of life. It will never be inappropriate to praise it.