Once there was a beautiful small town lies at the Tibet Nepal Border near the foot of Himalaya Mountains, which is also the largest land port between China and Nepal. Zhangmu Town is a small town built half way up the mountain. The surrounding natural environment is beautiful, the climate of the port is good all year around, not that dry and cold nor without strong sunshine due to the altitude of 2300 meters and humid air. The altitude of the China-Nepal Friendship Bridge head is only 1700 meters.

Like the old saying said “nothing gold can stay”, at 14:11 on April 25, 2015, an earthquake of 8.1 magnitude occurred in Nepal. The epicenter is located in Pokhara. Pokhara, as we knew, is the second largest city in Nepal, the most famous scenic spot in Nepal.

And for the small Zhangmu Town in Tibet, unfortunately the April 2015 Nepal Earthquake that shocked the world also destroyed here. It was severely damaged and became an isolated island. Not only many casualties, but also 90% of the houses collapsed in the disaster.

After the earthquake, all people in Zhangmu Town were evacuated in order, and the port was closed ever since. The beautiful Zhangmu Town may just stay as a legend forever.

It’s already 3 years till now, Zhangmu Port has been no longer prosperous, and the empty old streets are sadly staying there. Only the relevant personnel of the armed police, public security, border guards and the government remain here. 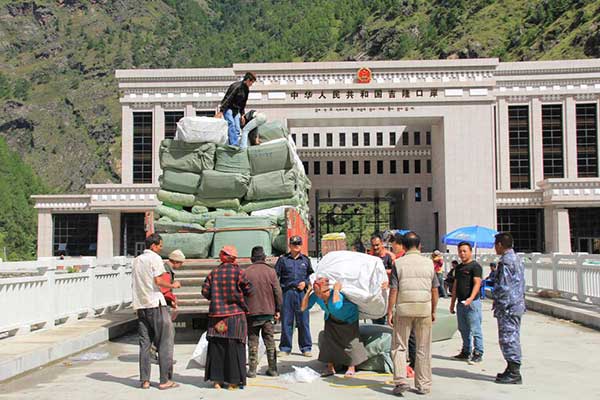 In 1987, the State Council approved Gyirong Port as a national land port. Apart from barter, transactions are mostly based on Nepalese Rupees and Chinese RMB (CNY).

The famous scenic port, Gyirong Valley, lies in the southern foot of the middle section of Himalaya Mountains. It is the end of the 216 National Road (the second line of Xinjiang-Tibet highway) and adjacent to Zhangmu Port.

In April 2017, the State Council approved the expansion of Tibet Gyirong Port as an international port.

After about 4 months later, the Tibet Tourism Bureau announced that the tourists are able to cross the Gyirong Border in August 2017. Finally, the overland tour between Tibet and Nepal became an option for our travelers.

Right now, the overland route from Lhasa to Kathmandu via Everest Base Camp is doable again, which is considered as one of the most popular Tibet tours among tourists.

From Gyirong Port to Kathmandu, the whole journey is about 160 kilometers on the side of the Nepal Resuo Bridge, and a local sharing vehicle can be easily found there. The road condition is not very ideal, and the journey takes about 8 hours to arrive at Thamel, Kathmandu, capital of Nepal. 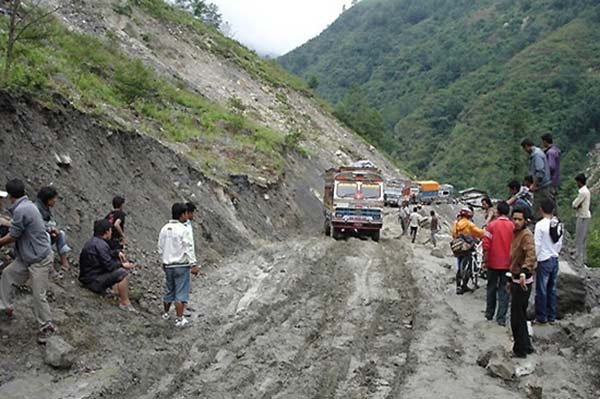 Also, if you prefer to travel to Tibet from Nepal by overland, we also have a group tour available for you to join in. You will drive from Gyirong Border via Everest Base Camp, and all the way to Lhasa city.

Keep us informed your requirements, and we can recommend you the itinerary accordingly. We can organize a tour either from Lhasa to Kathmandu or from Kathmandu to Lhasa depending on where you’ll start.

Please just note that the Chinese Visa policy is different for entering Tibet via mainland China mainland and Nepal. This may affect your permit application procedures, so we need to get those details confirmed while you consult your trip advisor.