The young male antelope also will leave the group and gather with other young or adult male antelopes until eventually form a new mixed group. 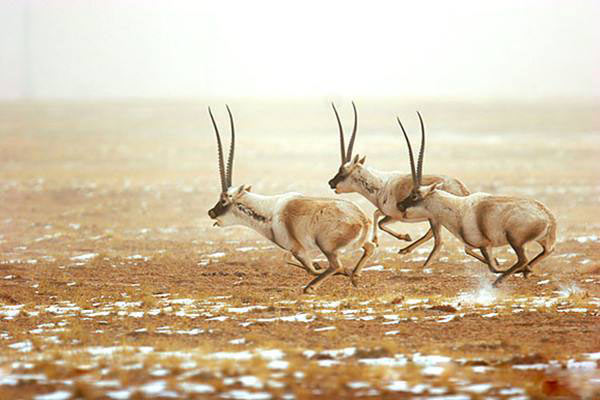 Now they are first class protected animal in China. The government set up Qiangtang, Keke Xili and Sanjiangyuan as nature preserves to protect the endangered species. The Tibetan antelopes mainly distributed in Qinghai-Tibet Plateau Region (Qinghai, Tibet and Xinjiang), also rarely be seen in Ladakh region in India.

At the end of April, the male and female antelopes began to divide into different groups, and the young male antelopes less than 1 year old would also be separated from their mothers. 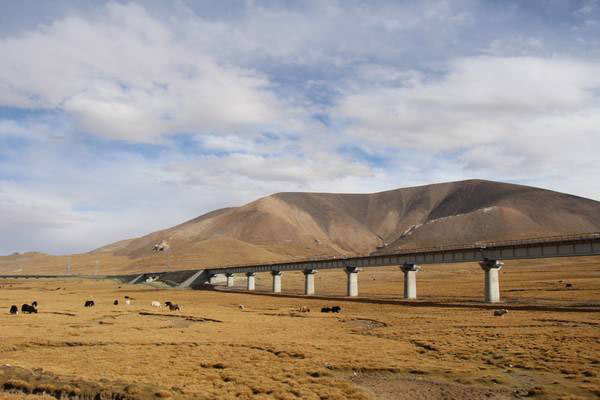 After the female antelopes bring the babies to take the same route back, that’s the completion of one migrate process. This migrate will facilitate the exchange of genes and increase the genetic diversity of species, thus contributing to the continuation of the Tibetan antelope population. 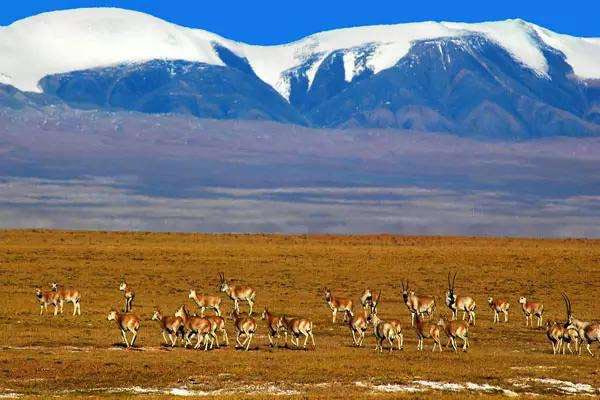 The Tibetan antelopes forage in the morning and evening. They are cautious and timid, often hidden in a rock hole, or digging a small pit in a relatively flat place, conceal the whole body, showing only the head. This could help them to block the wind and sand, at the same time could keep alert.

Tibetan antelopes are good at running, their running speed could be maximum 80 kilometers per hour. But when the wolf suddenly approaching, the Tibetan antelope groups often do not run away, they gather together instead, lower their heads, take the long horns as a weapon against the wolves.

They usually can be seen in winter or early spring because it is cold during that time period and less food can be found, they need to spend more time to get enough food. But in summer and autumn, they have sufficient food even around, so they could rest in the daytime only show up in the morning and nightfall.