Tibetans and the religion 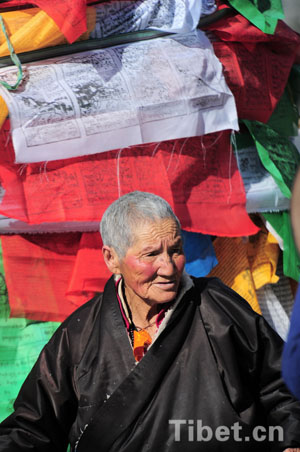 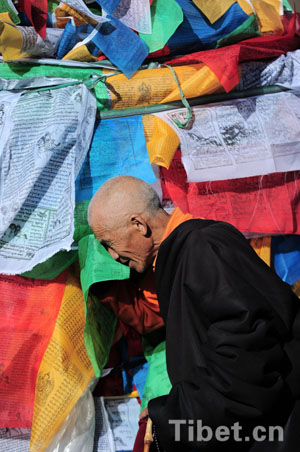 The religious belief is highly respected and fully peotected in Tibet. In Tibet it is not difficult to see prayer flags, Mani stones inscribed with Buddhist scriptures, and believers taking part in religious activities. Ordinary believers usually have a scripture hall or a Buddha shrine at home, and such religious activities as circumambulation while reciting scriptures.

Religions in Tibet have different stories due to its long history, but generally it is categorized by three main religions as Animism, Bon and Buddhism. The Animism subjects to the control of animistic forces by bards and storytellers, and Bon accentuates the purity of space, funerary rituals and certain meditative practices, that may have originated in either Zoroastrianism or Kashmiri Buddhism, and Buddhist is the means of liberation from the sufferings of cyclic existence as originated from ancient India by Shakyamuni Buddha or Gautama Buddha, so below here we introduce religions on the Tibet plateau based on the above three categories.

Related articles
Monks and Nuns in Tibet A lot of people are quite courious about the life of the monks in Tibet."Monks and nuns who are within the range of the approved posts each will get a subsidy o
Tibetan food--Tsampa Zamba, was spelled tsampa; it is made from roasted flour called nas, mixed and rolled into balls with the fingers of the right hand. It is often eaten when havi
The Beautiful Lady's fantastic tour The Mt. Everest standing in the distance, surrounded by the clouds.On thier way back to Shigatse they found a family living in this nomad tent.Ms. Maya was so e
Area of lakes expanding in Qinghai-Tibet plateau The global warming caused the area of inland lakes in the Qinghai-Tibet plateau expand 26 percent in the past 20 years
Demolition of Guangming Teahouse in Lhasa Guangming Teahouse used to be a well-known old brand teahouse. Sadly the demolition of Guangming Teahouse is a major event in the lives of locals recent days.
Tibetan Horse Racing Festival Horse racing has always been one of the favorite sports of Tibetan people. And nowadays, horse racing festival held in summer has become a window to understand Tibetan culture.