Why can Tibetan people adapt to high-altitude life? 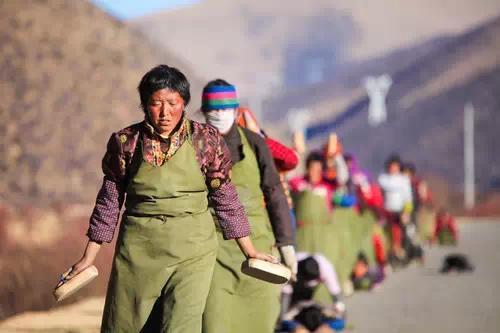 Scientists have recently discovered that the reason why Tibetans can adapt to a high-altitude environment is because for thousands of years their genetic code has excluded a specific gene.
Hong Kong’s "South China Morning Post" website reported on Jun. 27 that a research group believes that the genetic variation can stabilize the number of red blood cells in the body, which acts to reduce the effects of altitude sickness and other high-altitude diseases, effectively avoiding the potentially deadly side-effects of high altitude.
Typically in the human body, the number of red blood cells increases at higher altitudes. This bodily stress response improves the ability to absorb oxygen into the lungs.
However, the number of red blood cells of the vast majority of Tibetans is considered "normal". Now scientists believe that a particular genetic variation called "Tibetan Exclusive Deletion" (also called TED) can explain this phenomenon.
After the research group analyzed their data, they find that this variation can lead to the deletion of a specific gene fragment in the EPAS1 gene.
"For Tibetan people’s ability to adapt to a high altitude environment, TED may play an important role," said Xu Shuhua, head of the research group.
Professor Xu is currently working in the Shanghai Institutes for Biological Sciences of the Chinese Academy of Sciences. He believes that the findings will lay the foundation for future research.
The latest issue of the American Journal of Human Genetics has published the results of his group’s study.
Previously, it was thought that the Tibetan people’s ability to adapt to relatively thin air was because they somehow acquired a "super gene".
But Xu Shuhua’s research group has presented a more complex hypothesis to explain this phenomenon, since they discovered that nine out of ten Tibetans, in fact, lack a certain gene fragment. The proportion of people in the rest of the world who lack this fragment is only three percent.
However, this is not the final conclusion of the study. Xu Shuhua thinks that it may take years and extensive animal testing to confirm their theory.
Professor Xu also said that one difficulty of the study is that the usual method of genetic testing cannot detect the particular missing gene fragment.
After years of hard work, at last his research group has found an effective method of detecting the particular genetic variation that they are looking for, enabling them to make new discoveries about the Tibetan genetic code.
From: China Tibet Online