Nyingchi is located in the southeastern part of Tibet Autonomous Region. It is called "the throne of the sun" in Tibetan. Known as the “Little Switzerland” on account of its humid climate, dense vegetation, snow-capped mountains and clear water.

The abundant tourism resources of Nyingchi attracts a large number of tourists every. The 200-metre drop of Ghading waterfall; The famous sacred lake of Red Sect of Lamaism - Basumtso Lake; The primitive forest landscape and natural pasture - Lulang Forest. Among them, the annual Peach Blossom Festival has became the calling card of Nyingchi.

Beginning in 2002, with the success of previous sessions, the 17th Peach Blossom Festival will be held in 2019, usually the peach blossom phase will last from late March to mid-April. 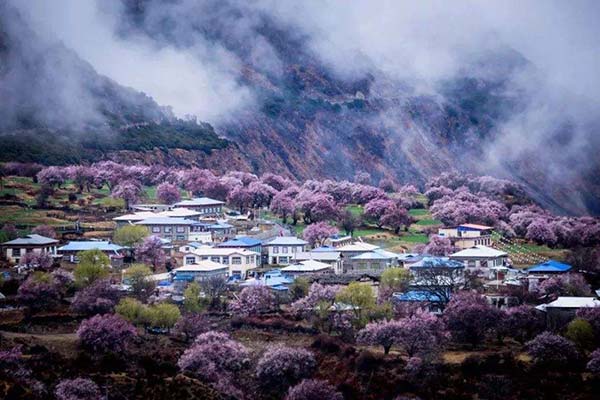 The plateau peach in Nyingchi is also known as “Tibetan peach”, which is different from the flowering peach in the south region of China. The plateau peach here are very tall and have a life span of more than a thousand years. The flowers blossom wildly at the foot of hills while contrasting with the snow peaks and dense woods as background.

In March 2019, the promotion of Nyingchi Peach Blossom Tourism Promotion conference was held in cities like Beijing and Chengdu. Nyingchi has extended an invitation to all of you and sincerely hope that you can come and enjoy the most beautiful spring in China and experience the beauty of ecology, humanity and harmony here at the same time.

The time for the open ceremony and different activities going to be held in the main session and branch sessions were also released during the promotion conference. 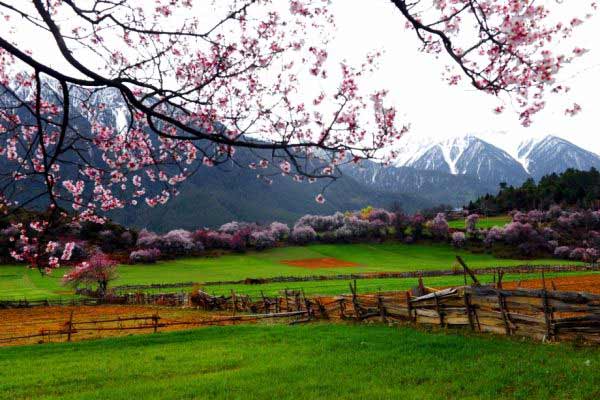 With flowers as the medium and Nyingchi as the window, hope more tourists will come to discover and explore the beauty of Tibet.