The 69 year old "leg less warrior" Xia Boyu fulfilled the dream to reach the top of Mt. Everest at 10:40 on May 14th 2018. As the first generation climber in China, the story of climbing of Xia Boyu is mingled with tears and hardships. 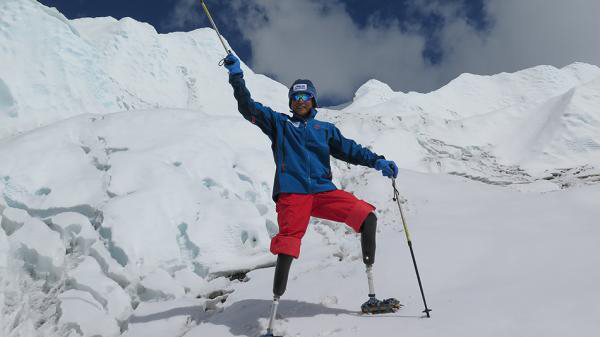 Xia Boyu was selected to join the national mountaineering team in 1974. In 1975, at the age of 24 years old, he climbed the Mt. Everest for the first time. At 8600 meters above sea level, Xia Boyu gave his sleeping bag to a Tibetan teammate since the Tibetan boy lost all his supplies. Instead he slept at minus 35 degree Centigrade under the condition of high altitude anoxia, that resulted in the amputation of his legs because of the severely frostbite.

The news that he could install prosthesis and walk again ignited his life again. Xia Boyu wear his prosthesis on both legs and exercise every day. For a long time, high intensity exercise caused severe inflammation between the joints of the legs and prosthesis, that even caused another amputation.

In 1996, Xia Boyu was diagnosed with lymph cancer, he made through several surgery operations and radiotherapy, and got back to exercising and training after he was discharged from the hospital.

But he never gave up the dream of climbing Mt. Everest. In order to realize this dream, he made hard preparations and trainings every day.

He climbs Xiangshan Mountain in Beijing on every Monday, Wednesday and Friday, and do hiking exercise on every Tuesday, Thursday and Saturday. He gets up at 5 in the morning, starts strength training and weight training, crouches, pulls up, push ups and sit ups. 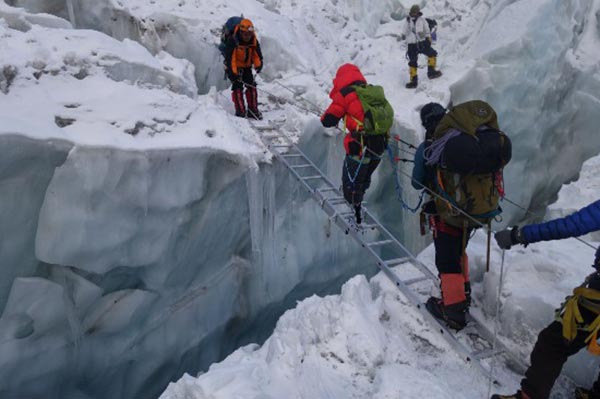 In 2014 , 39 years after his first try, he reached the Mount Everest Base Camp again at the age of 65. But the Nepalese government abolished all the mountain climbing because the worst mountaineering accident happened in Nepal's history. The next year when he arrived the base camp again, there was 8.1 magnitude earthquake, the avalanche caused by the shock of the tents all blown away, Mt. Everest dream again disillusioned.

The latest challenge, he was only 94 meters away from the peak of 8844, but was forced to give up because of the storm. A sudden snowstorm blocked his way to the top. He thought "If I were myself, even if I was dead, I would die in the summit.

But there were 5 Sherpa guides around age of 20 who guided him that day. Their job was to escort climbers to the summit. In this case, he is well aware that can't ignore the life of others because of his dream. 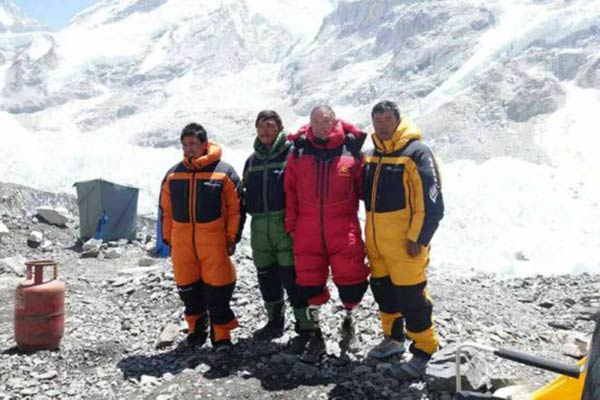 Over all these years, after undergoing amputation, cancer, and many major operations, Xia Boyu has always insisted on high intensity training in order to achieve his dream.

5 challenges in 43 years, finally become the world's oldest, the first handicapped climber on the top of the Mt. Everest. Only he knows the difficulties and hardships behind the success.