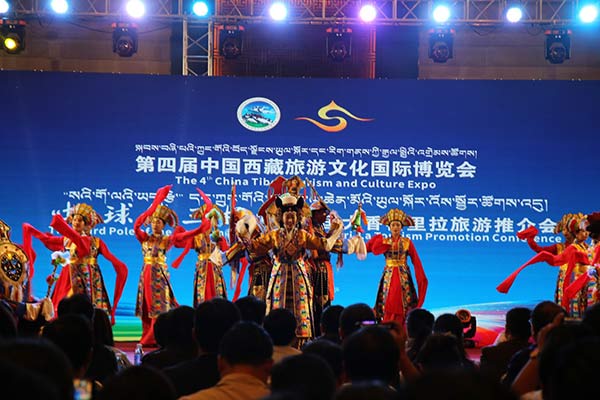 It is already middle September, the time slipping away so fast without noticing it. For those who want to go to Tibet to see the cloudless sky and the majestic Everest, It's time to pack your luggage.

On September 9, the 4th Tibetan exhibition of 2018 was held at the Lhasa Shangri-La Hotel. The theme of the Shangri-La Tourism Promotion Conference is“Third Pole of the Earth”.

The Tourism Promotion Conference officially announced the activity of "Winter Tour to Tibet, Sharing the Third Pole with the World" held between November 1, 2018 and March 15, 2019.

In order to let more people experience Tibet's local cultures and natural beauty, Tibet region’s state-owned 3A, 4A and 5A rated tourism spots are all free of charge to visit. (Monasteries and temples NOT included).

State-owned 2A or A rated tourism sites charges only half of the off-season price.

This is excellent news for many tourists who plan to travel to Tibet in winter. It can save some entrance fees, and the price of the air tickets and hotels will also relatively drop.

Visiting Tibet in winter firstly could avoid the tourism peak season, that makes it was easier to book air tickets or entrance to the Potala Palace. And Lhasa, as the city of sunshine, can still have warm sunshine during daytime. Further more, the air is less moisture than summer, you would have a bigger chance to see the Mt. Everest clearly.