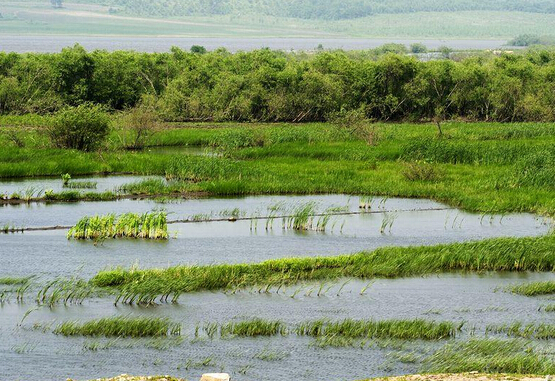 A 1.3 million RMB pilot project was launched recently on sewage disposal as the first of its kind in Tibet, according to Tibet Autonomous Region Environmental Protection Department. The project calls for two artificial wetlands to be built in Lhundrup County and Maldrogungkar County near Lhasa, Chinatibetnews.com reported.

Wetland has long been known as "kidney of the earth", while artificial wetland serves a similar function as built and managed imitating the way natural wetland works. Specifically artificial wetland diverts sewage onto itself to allow a physical, chemical and biological collaboration between soil, plants, and microorganisms to get the water purified.

Still under bidding and tender for the moment, construction of the two wetlands is expected to start before July 2014. A combined 1000 cubic meters processing capacity is to be achieved.

Related articles
Modern themes Thangka completed The paintings are creations of folk artists to use the traditional artistic technique to express modern themes.
Lhalu Wetland in Tibet Lhalu wetland is known as the "the lung of Lhasa".
Shangri La Hotel opens in Lhasa The opening of the Shangri-La Hotel in Lhasa makes it the first luxury property of the hotel group in the Qinghai-Tibet plateau.
Road suspended by landslide reopens in Tibet Landslide reopens in Tibet on July 2nd.
Nuns in Qingpu Hermitage Lying 4,300 meters above the sea level, the temple is considered a holy land for penance in Tibet.
23000 registered tourism teams visited Tibet in 2014 Tibet tourism is developing fast and visiting Tibet is more and more popular in China and all around the world.