On May 2nd, 2018, the Sixth International Cycling Competition around the Basumtso Lake ring down the curtain at the Basumtso National Forest Park in Nyingchi, Tibet autonomous region.

The Sixth International Cycling Competition in 2018 is held in Nyingchi by the Tibet Autonomous Region Sports Bureau and the Nyingchi Municipal People's government.

The sixth International Basumtso Lake Cycling Competition was divided into two days, with a total distance of 99km. The average track elevation is 3600 meters above sea level. It is the highest cycling race in China at present. 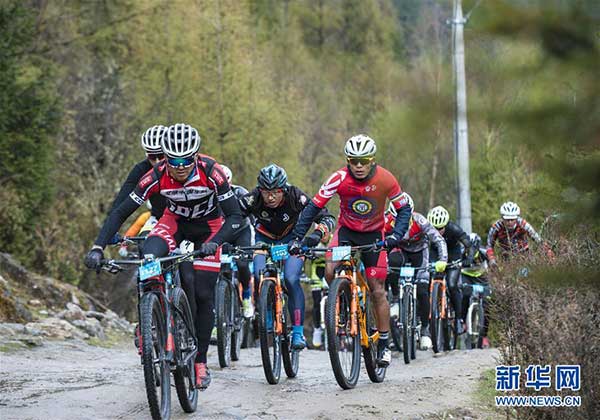 The route of the first day competition was based on the pilgrimage route that has thousand year history on the north bank of Basumtso. Starting from the gate of Basumtso scenic area, along the traditional round lake track, the destination is Jieba Village, a traditional Tibetan village, with a distance of 30 kilometers from the starting point.

The first player who finished the match on the first day was a foreign competitor Bauer Joshua Leander from the US. He is from Minnesota, used to participate in the senior mountain bike race in the United States and came to China two years ago.

“Mostly I participated in the road race in mainland China, I am looking forward to participating in the mountain race in Tibet this time." Bauer Joshua Leander said excitedly.

The next day was off-road cycling, the valley track was based on former forest mining road. Start from Jieba Village to Xincuo Valley, after sign at Sangtong Pasture, you would cycling back to the entrance of the scenic spot via the same route you took. The race distance for the second day is 69 kilometers. Finally, Chinese players Wei Kui and Zhang Xixi got the first place of men's group and women's group respectively. 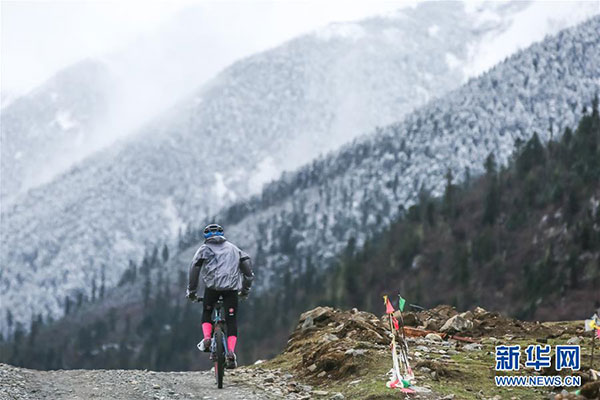 At the same time, in order to encourage the development of cycling sports in Tibet, special awards have been set up for the players from Tibet. The top three of the men's group and the women’s group will receive 7000 yuan, 5000 yuan, and 3000 yuan respectively.