The Characteristics of Tibet Cuisine 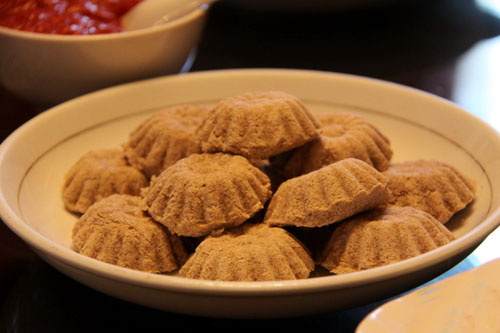 Tibet is a land of contrasts with rough terrain and a harsh climate which have affected the development of the region’s peculiar and scarce cuisine, which is based primarily on toasted barley flour, wheat flour as well as mutton and beef.

Almost all Tibetans enjoy a daily diet that includes zamba (the most recent Pinyin way to write the word most people may have seen written as tsampa), buttered tea, qingke--a wine made from it, and barley beer. To them, all of these are daily necessities. Zamba is toasted flour mostly of the cultivar of Hordeum vulgare, a six-rowed spring barley that has small dark grains. Also used to make zamba are two-row barley types, two types of buckwheat (Fagopyrum tartarium in higher elevations and Fagopyrum esculatum in lower regions), pea flours, oats, and other wheat-like grains. Highland barley is called qingke as is the wine they make from it. Thus, in many forms solid or liquid, qingke is one staple food of Tibetans.

The staple Tibetan food is barley flour (rtsam-pa), which is consumed daily. Other major foods include wheat flour, yak meat, mutton, and pork. Dairy products such as butter, milk, and cheese are also popular. The people in the higher altitudes generally consume more meat than those of the lower regions, where a variety of vegetables is available. Rice is generally restricted in consumption to the well-to-do families, southern border farmers, and monks.

Two beverages--tea and barley beer (chang)--are particularly noteworthy. Brick tea from China and local Tibetan tea leaves are boiled in soda water. The tea is then strained and poured into a churn, and salt and butter are added before the mixture is churned. The resulting tea is light reddish white and has a thick buttery surface. Chang, which is mildly intoxicating, is thick and white and has a sweet and pungent taste.

Due to the high altitude of Tibet, the water boils at 90 degree Celsius, and cooking with water is impossible. The diet and foods are peculiar in Tibet. The Tibetan diet consists mostly of meat, milks and other high-protein foods. The main staple is `tsamba'. Tea is a necessary. Travelers usually bring dried meat, tsamba, and tea for foods.