Tibet barley (Hordeum vulgare L., qingke), is a variant of barley. In 1600 B.D, Tibet barley started to be cultivated in Tibet, found in the area with an altitude above 3400m by archaeologists. The archaeological record indicates that the cultivation of Tibet Barley contributed the key factor that enabled Tibetan people to reside on Tibetan Plateau. Yet how this highland barley came to Tibet Plateau remains a myth till now, there was evidence that it might have a close relationship with the wild barley in Central Asia. 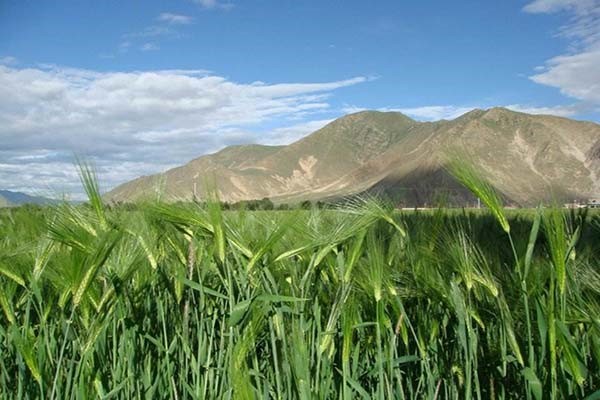 The yield per harvested acre of Tibet barley is comparatively low, in comparison with other crops such as rice, wheat or maize, though many new highland barleys have been bred with higher productivity. This special barley is mainly distributed in the highland area of China’s Tibet, Qinghai, west Sichuan, northwest Yunnan, and a small part in southwest Gansu. They adapt well to the frigid climate of highland of 4200m to 4500 above sea level, surviving in the extreme coldness and have a flexibility of living from a broad altitude variation from 600m to 4500m, tough as it is, Tibet barley has been the main source of staple food for Tibetan people.

If you travel in Tibet and want to explore a little bit about the agriculture of Tibet, you may do so while traveling in Mount Kailash area and Samye Monastery area, where the two main production places of Tibet barley are.

Purang is a southwest border county of Tibet, located in the valley area of south Himalaya range. Purang is one of the five main places of production for Tibet barley in Tibet Autonomous Region. The altitude of 3900m is relatively low compared with other regions in Tibet. The annual temperature difference is tolerably small. The most suitable farmland for Tibet barley in Purang is at Mabja Tsangpo (Peacock River), where there are more than 100 days free from frost. The annual sunshine duration reaches 3,270 hours. Purang, therefore, benefits from the comparatively warm climate, which gives the highland barley growing in this area ideal environmental conditions. The highland barley in this area came with premium quality and used to be tribute offered to the kings and aristocrats.

Purang is the border town between TAR, China and India. It is home to the holiest mountain Mt. Kailash and the sacred Lake Manasarovar, attracting thousands of tourists and pilgrims visiting from the neighbor countries. 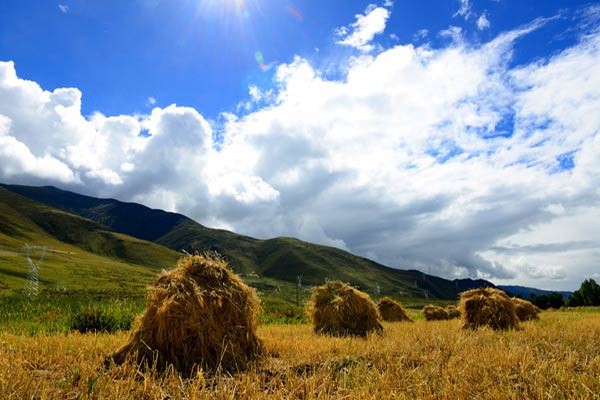 Tsetang is 190km southeast of Lhasa, situated on the south bank of middle stream of Brahmaputra River, with an altitude of 3551m. With mountain shelter and water supply, the arable land here is fertile, very feasible for growing crops. The average annual precipitation is 302mm. The annual average temperature is around 8℃, with the highest average monthly temperature of 15.7℃. It has strong solar radiation and long sunshine duration. Thanks to the suitable climate and perfect natural condition, the agriculture in Tsetang is boosting, wins Tsetang a name Granary of Tibet.

Tsetang is famous for two historical sites; one is Samye Monastery, the first temple built in the year of 779 A.C, in Tibet with three distinctive architectural styles from Tibet, Han-populated China and India; the other is Yumbu Lakhang Palace, the first palace built by the first Tibetan king, Nyatri Tsenpo,in the second century B.C.. Tsetang is also beautiful with the river view of Brahmaputra.

Sowing and Harvest of Tibet Barley

From sowing to harvest, it usually takes Tibet barley 5 months. Spring sowing, in the half-agricultural and half-pastoral area, where the altitude is around 2600m to 3000m, is undertaken in the mid-March; while in pastoral area, with an elevation of 3000m to 3400m, it is done in the early part of April. The spring-sown varieties of Tibet barley welcomes the harvest in August and September respectively. Winter sowing is carried out in the beginning of October.

The harvest of Tibet barley must be done in time. When the plant and ears both turn shining yellow, it is the sign of perfect maturity. At this time the water percentage in the seeds is around 20% to 22%. This is when the harvest and sunburn should be done to the barley. If the harvest is delayed, the crops will get over matured and the seeds will be likely to get damaged during the process for storage. After sunburn and screening, the seeds will get a lower moisture content down to 10% or 12%, till then a sound storage of the crops can be guaranteed. 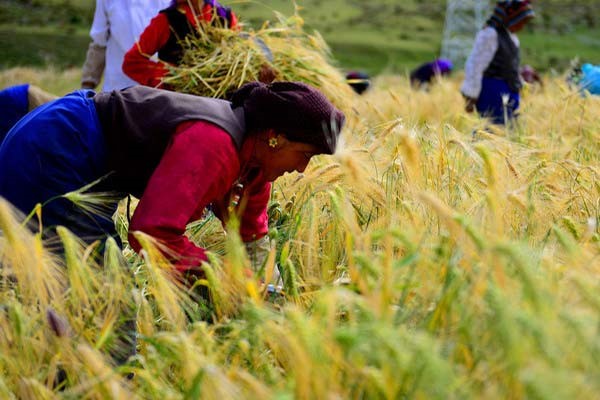 The barley pitches awaken by the first ploughing in March. Tibetan farmers have been long relied on traditional agricultural techniques to have a livelihood, as much as pasturing. Though modern world brings the agriculture tools and machinery into the rural area, Tibetan farmers still highly believe that their deity would put good will into the land to guard a safe and fruitful year. They put on their traditional clothing, celebrate the beginning of spring sowing yearly.

The four treasures of Tibet are tsampa, yak butter, tea, and yak meat. Tibet barley contributes the main ingredient of tsampa. Nomads and farmers still make tsampa at home, while urban residents may prefer more convenient way of buying the instant tsampa powder. For foodies who’d like to try the traditional taste of Tibet, you may make your own tsampa dishes by adding tea, milk or butter, following the steps on how native Tibetan people would do. With purchased tsampa powder, you can also make tsampa porridge or tsampa snacks. Convenient to make, easy to digest, it is a perfect food for pilgrims or trekkers on a long journey. 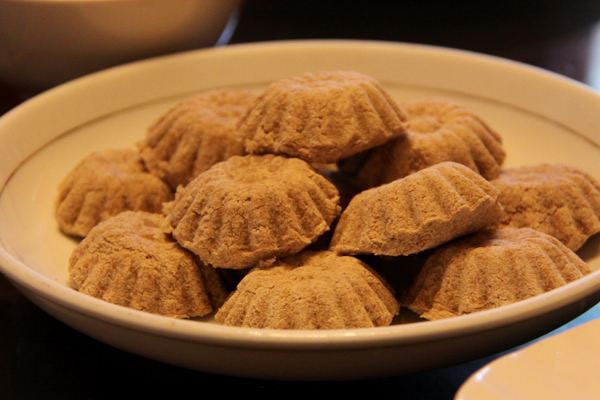 Besides protein and vitamin, extra nutritional elements are contained in Tibet barley, including multiple trace elements, abundant dietary fiber. It has been proved to be the crop with highest concentration of beta-glucan among the entire genus of triticum.

It has also been a medicinal plant for Tibetan people with a long history. Scientific evidence shows that a regular consumption of highland barley products can help reduce high blood cholesterol level and the risk of hyperglycaemia.

Related articles
Difference Between Tibet Autonomous Region and Tibetan Areas Tibet is a geographical concept which consists of different regions inclusive of Tibet Autonomous Region (TAR), Amdo Tibet and Kham Tibet. But traveling to Tibet generally refers to a trip to Tibet Autonomous Region. This article explains the difference between TAR and other Tibetan Areas.
Lakes in Central Tibet (Tibet Autonomous Region) Tibet is a land with thousands of beautiful lakes. The three holy lakes in Tibet are Yamdrok Lake, Namtso Lake, and Manasarovar Lake.
Lakes in Amdo and Kham Tibetan Areas Amdo and Kham are geographically neighboring Tibet Autonomous Region, and have the share of similar natural landscape. The most three famous lakes in Amdo and Kham Tibetan-inhabited areas are Qinghai Lake, Ranwu Lake and Lakes in Jiuzhai Valley.
Mountains on Tibetan Plateau Home to the highest mountains and peaks in the world, Tibet got the name “the roof of the world”. There are 44 mountains in Tibet including Mount Everest and Mount Kailash. Many of these mountains are worshipped as holy land of gods or goddesses. Their existence provides spiritual support to Tibetans.
Hot Springs in Central Tibet (Tibet Autonomous Region) Tibet is a land with hundreds of hot springs. The most famous and popular hot springs in Tibet are Yangpachen Hot Spring, Tidrum Hot Spring, and Riduo Hot Spring.
Vegetation on Tibetan Plateau From southeast to northwest of Tibet, montane forests, alpine meadows, alpine grasslands or steppes, semi-deserts or alpine deserts are distributed with a clear pattern of zonation, which is quite different from other parts of inland China, or the neighboring countries. This article is an introduction to vegetation in Tibet.