Dzongyab Lukhang Park (also known Dragon King Lake Park) is just hidden in the back of Potala Palace. Dzongyab Lukhang is one of the distinguished garden buildings in Lhasa City, Tibet Autonomous Region. In the center of the garden lies a pool that covers a large area. 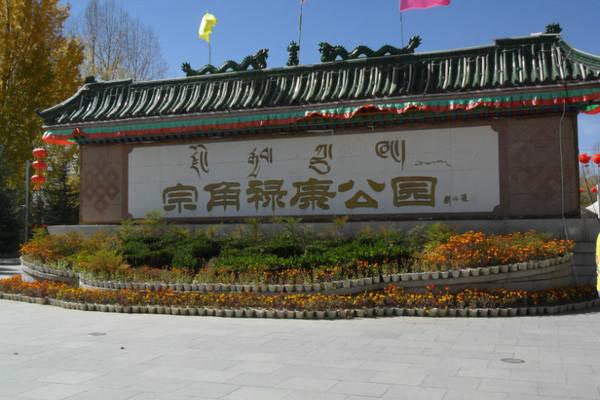 It is said that the sixth Dalai Tsangyang Gyatso once welcomed eight dragons enshrined in the north of the lake from Maizhokunggar. That’s the reason why the pool is called Dragon King Lake.

Although, the lake was originally built in the reign of Tsangyang Gyatso, the formation of it can date back to a much earlier time when a multitude of earth were dug out of the hill-foot to construct the Potala Palace. Since 1791, the Dragon King Lake has been repaired under the supervision of the eighth Dalai Lama, and newly constructed the elephant house. 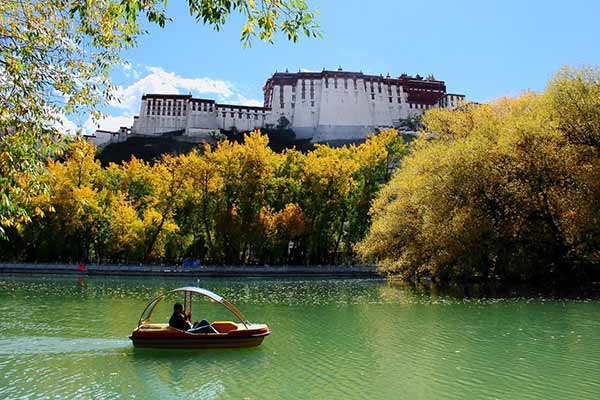 Every year of the Saga Dawa Festival on April 15th of the Tibetan calendar, people come Dzongyab Lukhang to worship their Goddess by presenting Hada, lighting up butter lamps, etc.