Situated in the highest place of Nyingchi Prefecture in Tibet, Mount Namcha Barwa is a holy place of the most ancient Tibetan religion-Bon Religion with an altitude of 7782 meters. It is noted for its mystery and enjoys a reputation as “the father of Tibetan mountains” in Tibet and anyone who is able to see its main peak is said to have a fate with Buddha. There are some tourists no matter how many times they go to see the mountain will never see its entire appearance for just one time. At present, tourists have to buy tickets to pass through the Yarlung Tsangpo Grand Canyon Scenic Area to get to the best view point of Mt. Namcha Barwa. The huge triangle-shape body of Mt. Namcha Barwa is covered with snow and folded in the mist all year round. It will never be so easy to reveal its true color that it also gained the nickname as “Shy Girl Peak.” 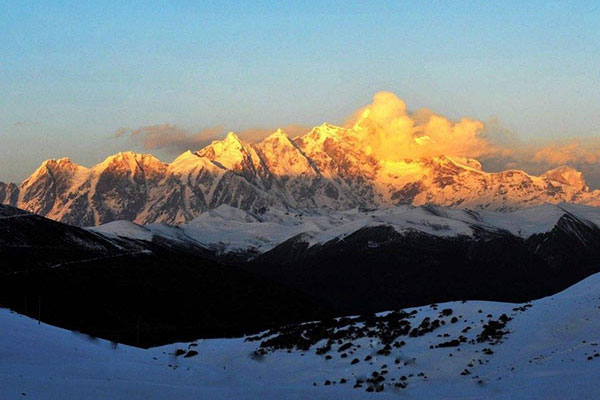 It is never exaggerated to say that Namcha Barwa area is a rare museum of natural history across both the Tropical and the Frigid Zone. However, on the other hand, Mt. Namcha Barwa is so oppressive for the mountaineers. Moreover, “Namcha Barwa” means that “snow and electric burn like a fire” according to Tibetan language. Mt. Namcha Barwa is a short axis syncline northward inclined of the complex fold, formed mainly by gneisses with three major ridges including the northwest ridge, northeast ridge and south ridge as well, among which the northeast one meandering about 30 km far towards the Yarlung Zangbo River and on the ridge line situated 6 mountains rising and falling, all are more than 6 km above the sea level. Besides, there is another peak of 7043 meters’ elevation standing 2 km far from the south ridge while two snow-capped peak about 7 km’s altitude are lying on the northwest ridge. All the beautiful peaks and the rolling ridges contributed to the reputation of Mt. Namcha Barwa as “the most beautiful mountain”. 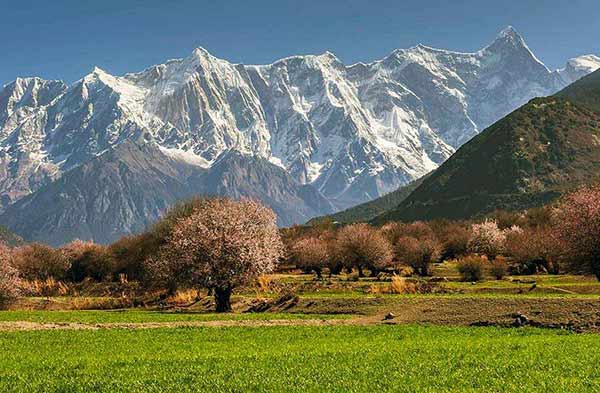 Here came the climate of this region and when speaking of the climate of this region, we must mention about the dozens of glaciers developed in the valleys. Most of the glaciers in this region belong to the marine-type glacier which moves so fast and affected by the temperature and precipitation, together with the steep terrain, the ice and snow avalanches are very frequent here. In addition, the rainy season near Mt. Namcha Barwa last longer and generally ranges from May to September of each year, especially in July, August and September when there is rain almost in every day and large amount of clouds at the same time so that the peak is always cloud wrapped all day long. It is the dry season of the area from November to the next April when the weather there is usually sunny while each February to April as well as October to November are the transition period between dry season and rainy season-the best time to climb the mountains. Nevertheless, the wind will be very strong in high altitude during this period and temperature will vary a lot meanwhile.

Since the Mt. Namcha Barwa is known as the most mysterious peak that few have the chance to see its true entire appearance, here we are going to recommend some good view points to visit this enigmatic peak in Nyingchi County of Tibet. First of all, the best period to visit Mt. Namcha Barwa starts from October to the next April of every year for there are fewer rainfalls and relatively dryer air in this time. It will be easier to see its whole picture when there are fewer clouds surrounded by. Apart from the optimal time, a suitable place will help to view it more clearly.

Mt. Namcha Barwa is located at Medog County, Nyingchi Prefecture, southeastern of Tibet, and stands inside the Great Bend of the Yarlung Tsangpo River. The mountain rises 5,000 to 6,800 meters above the river.

The best time for viewing Mt. Namcha Barwa is from October till the next April in winter season. During the time, the weather is not rainy, and the air is dry, so the visibility is higher than in summer.

The first viewpoint that is appropriate for tourists to see Mt.Namcha Barwa is the Segyi La Mountain Pass which is at an elevation of 4728 meters, being the first pass leading to Nyingchi area. A viewing platform has been provided for tourists to enjoy the scenery especially to watch the most important attraction-view of Mt. Namcha Barwa on the Sejiala Mountain Pass, where tourists are able to view the peak at a distance and the peak towering in the sea of clouds seems quite more attractive than usual. 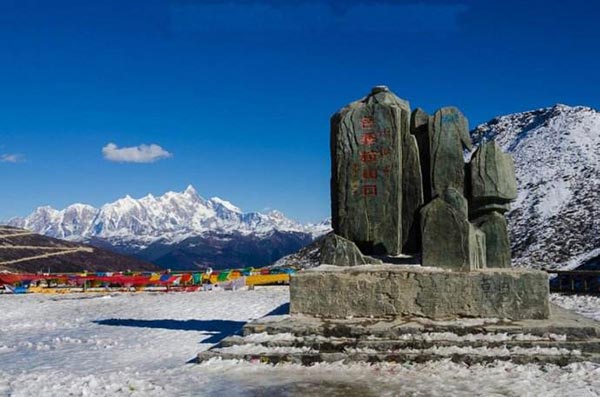 Mt. Namcha Barwa is the third most prominent peak in the Himalayas after Mt. Everest and Nanga Parbat, and remained the highest unclimbed mountain in the world until 1992. It was also selected as the most beautiful mountain in China by China's National Geographic Magazine in 2005.