Namtso Lake, one of the three renowned holy lakes in Tibet, has bid farewell to its annual frozen period since May as ice begins to melt on the lake surface. Situated in the middle north part of Tibet, about 250km north of Lhasa city, Namtso is the second largest lake in Tibet and the third largest saltwater lake in China. The rectangular-shaped lake is 4718 meters above sea level. The Namtso National Park launched in Oct. 2013 has included the main peak of the Nyenchen Tanglha Mountains, bird islands, cliff paintings, stone carvings, and Yangpachen, taking about one mln hectares. 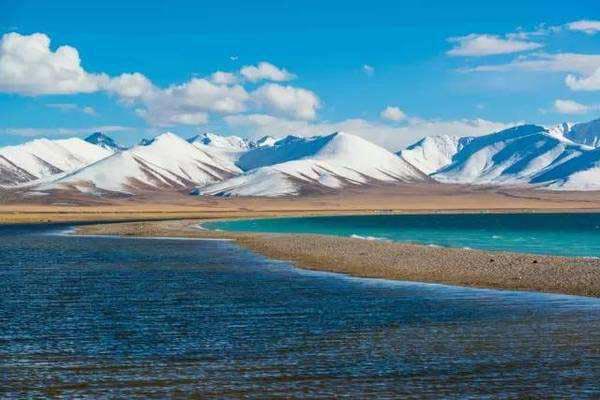 With purity and serenity, its breath catching beauty is the ultimate pursuit of travelers. In Tibetan, Namtso means “the heavenly lake”. It is one of the three saint lakes of Tibet, covered with a veiling of mystery and sanctity. Vast grassland spreads around the lake and make the Namtso Lake looks more charming together with the blue sky and white clouds. The lake is located in a county of Lhasa. It is the biggest salty lake of Tibet and the second biggest of China.

In Tibetan language the Namtso Lake means the "Heaven Lake". Namtso is one of the "three holy lakes" in Tibet. As the highest Lake in the world, the depth of the lake is maximum 120 meters. The holy lake attracts thousands of devoted believers doing the pilgrimage tour around the Namtso Lake especially when its year of goat according to Tibetan calender to get the blessings from the god.

Nyenchen Tanglha Mountains stand in the south of the lake, which is covered with ice and snow all year round. With vast lakeshore grassland around the lake， Namtso lake looks like a huge mirror inlaid on the prairie of northern Tibet.

There are 3 relatively bigger islands in the lake. These islands are rarely disturbed by the outside world, many birds choose to inhabit here. The Landau Island in the northwest is the largest island in the lake. Its east-west length is 2 kilometers.

Beside the lake, there are many stone piles, which are officially called “Mani Mound”. Local people carved many scripture and conjurations on the stone to pray for peace and happiness. There is six-syllable mantra prayer, eyes of wisdom, figures of Gods and other kinds of lucky designs. The Mani Mound carries the beautiful wish of people and decorates the lake with mysterious atmosphere.

Many travelers choose to stay overnight by the lakeshore to see the starry sky and the sunrise. But the travelers also need to be mentally prepared for the basic equipped accommodation. Since the altitude of Namtso Lake is around 4900m, compare with the altitude of 3650m in Lhasa, the height exceed quite a lot. We do not suggest the travelers to visit Namtso Lake unless they spend enough time in Lhasa to get used to the high altitude. Visiting Namtso Lake right after arrive Tibet may cause acute mountain sickness. Gradually accommodate to the scarce oxygen environment by spending more time in lower altitude place like Lhasa city would be very helpful. 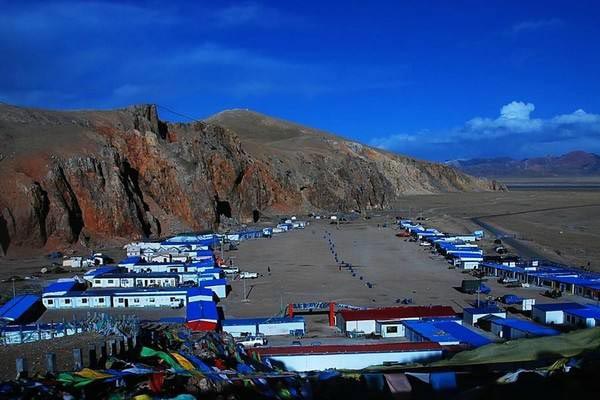 Usually only guesthouse dorm bed with several beds in one room. No private toilet and no running water. The mobile toilets are outside, about 2 minutes walk from local guesthouse. Also the power is not guaranteed all night.