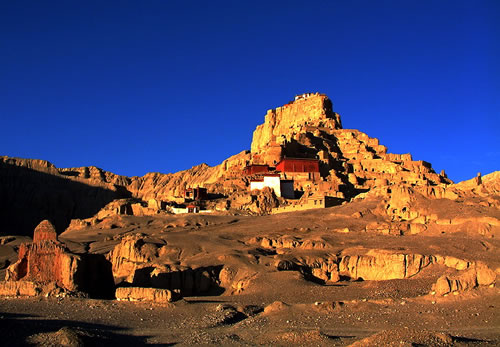 Phuntsoling Monastery was built in 1614. It is located in Lhaze county in Shigatse area. around 4100 meters above the sea leavel.

Phuntsoling Monastery belonging to the Kagyu Sect, once was the central monastery of the Jonangpa. It belongs to the Kagyu sect, which was known for the examination of the nature of emptiness.