Shigatse city is constructed in a river valley area, the land connecting Yarlung Zangbo River and Nianchu River. As the second largest city of Tibet, Shigatse is religiously significant for being the seat of the Panchen Lamas past and present. Shigatse is a prefecture-level city of Tibet, with an immense area under its jurisdiction. In its eastern parts, locate Mount Everest and the Himalaya valleys bordering Nepal; Its western part reaches Ngari, the coldest part of Tibet, home to Mount Kailash. Therefore, the weather of Shigatse varies a lot between the city, and the remote mountainous areas. In this article, we're introducing the weather, temperature and precipitation, as well as what to wear & pack for a trip to Shigatse city. 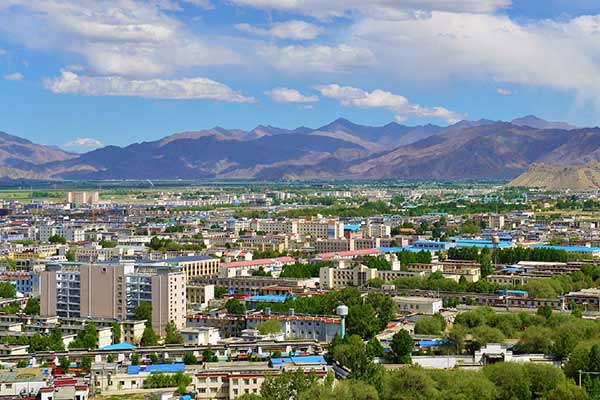 With such a great geographical size, there are actually three major climate types in Shigatse region.

#1 The first climate type is similar to the Lhasa climate, which is Qinghai-Tibet Plateau Temperate Zone-Alpine Semi-arid and Monsoon Climate, influencing Shigatse city center and around.

#3 The third climate type applies to the southern part of Shigatse, south of the main ridge line of the Himalayas, which is Qinghai-Tibet Plateau Temperate Zone-Semi-humid and Monsoon Climate.

Note: In this article, we're mainly introducing the climate and weather in the vicinity of Downtown Shigatse.

Noteworthy conclusion based on the above history data

Humidity in Shigatse: There are only three months (July to September) when the average humidity levels meet the requirements of the body-comfort index (49% to 60%). The remaining nine months are considerably dry, with average humidity ranging between 18% and 43%.

UV radiation index: There are five levels of UV index, which are marked by numbers normally ranging from 0 to 10. In the nights or cloudy days, UV index is 0; When the UV index is between 3 to 4, it indicates cloudy weather, which suggests relatively weak UV level. When the index is between 5 to 6, it is patchy cloudy, meaning that the UV radiation is at strong level; 7 to 9 UV index means very strong radiation; And when the index is over 10, extreme UV radiation is detected. The harm that UV can do to human's skin is in direct proportion to the UV index.

Shigatse has slightly stronger UV radiation than Lhasa. The strong UV radiation hours are beyond the normal period from 10am to 3pm. It is common that UV index of Shigatse is over 5 and up to 12 or higher, which symbolizes strong and very strong UV level.

Sunshine hours: The average annual number of sunshine hours is about 3,300 hours in Shigatse, which is 300 hours more than that of Lhasa. 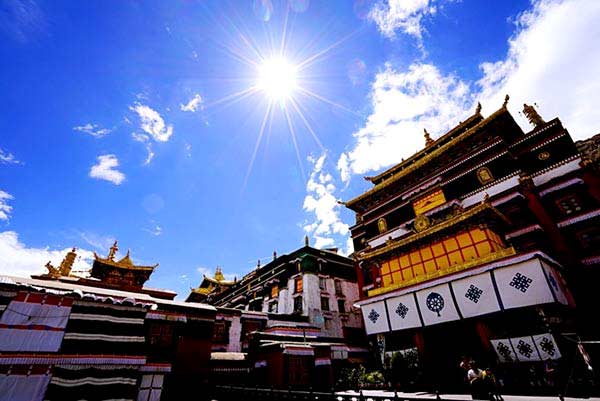 What to wear in the four seasons in Shigatse?

The three principles to follow while choosing clothing for Shigatse are warmth, lightweight, and dressing in layers. Warm clothing protects travelers from getting cold; Lightweight alleviates the burden to the body which is helpful when acclimatizing to the altitudes; Dressing in layers are out of the needs resulted from the dramatic daily temperature difference. Detailed advice is as follows,