Tibet is a place where the religious atmosphere can be felt everywhere. Exactly because the religions, whether the aboriginal Bon religion, or the later introduced but predominant Tibetan Buddhism, are so deeply rooted and ubiquitous in Tibet, there are many religious festivals, which were initially only celebrated by the clergy, but later on jointly celebrated by both the clergy and the laity due to constant development and popularization of the religion, such as the aforesaid Bathing Week, Ongkor Festival, Shoton Festival and Buddha Painting Unfolding Festival, etc. There are a lot of religious festivals, even though an increasing number of them are getting secularized little by little, still, some religious ties in these festivals remained more or less, which can be found in the stylized rituals. Hence, religious rituals have already become a fixed pattern of many festivals by degrees.

Taking the case of the ancient Bon religion, it is an aboriginal Tibetan religion with a very long history worshiping of the original gods. A great many of festivals have some sort of relationships with the Bon religion. Each festival has its relatively fixed religious ceremony, holding the purpose to consecrate different deities or pray for the well-being of life. 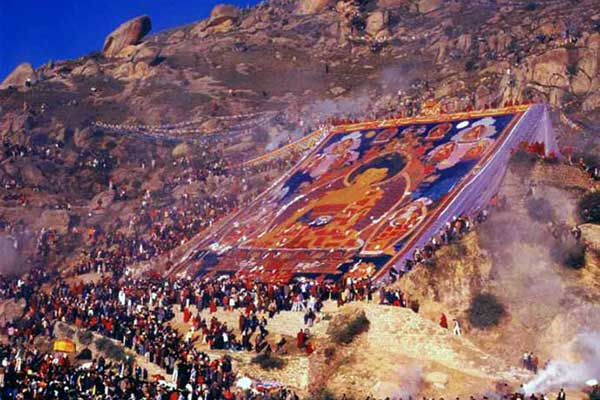 Of all the religious festivals related to Bon religion, the Deity Befalling Festival in Gongbo areas is the most famous. It is celebrated on the 10th day of the eighth Tibetan Horse year implying it only appears once every 12 years. The festival is held to bring back a legendary gem deity, which can bless this area with fair weather and a good crop yield as the story goes. Besides that, there’s still a Bird Coming Festival. It aims to welcome the King Bird of Tibetan people--cuckoo bird, coming back in each spring. In addition, the Consecrating the Mountain God Festival, also known as Erecting Arrow Festival, is another interesting festival in Tibet. On the festival, every tribe from different regions of Tibet will offer sacrifices to their respectively deities and sacred mountains.

The annual Erecting Arrow Festival in Amdo county of Nagqu Prefecture, for instance, is celebrated on the 15th day of the sixth Tibetan month. Men assemble at the foot of their divine mountain ahead of one day. Then on the day of the festival, people all climb onto the top of the mountain, making a concerted effort to stick an arrow of over 10 meters high in the center, meanwhile also the highest one, then take out their own colored arrows at the length of about 6 meters, erecting them around that highest one. Accordingly, this custom may originate from their ancestors’ yearning of strong military power for their own tribes since there are a great deal wars in the ancient times. The passage of time has witnessed the formation and development of such a festival. 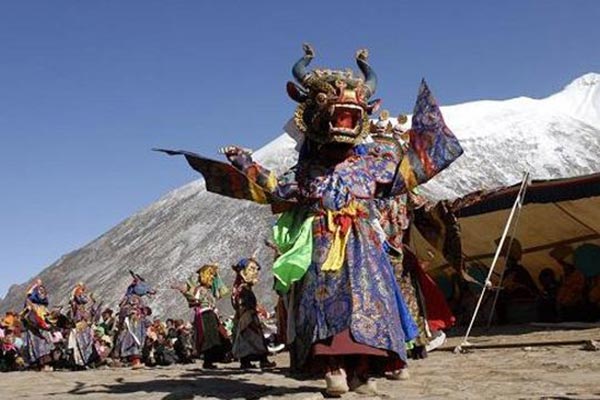