Sherpa means "People from the East" in Tibetan language. Scattered in the border areas of China (Tibet-Nepal Border), Nepal, India and Bhutan on both side of Himalayan Mountains. They speak Tibetan language and Sherpa language, but written language only in Tibetan. Because they do not have written words in Sherpa.

Unlike Tibetan people only have given names, Sherpa people have both surnames and given names. They believe that if someone does not have surname, then they are not Sherpa. 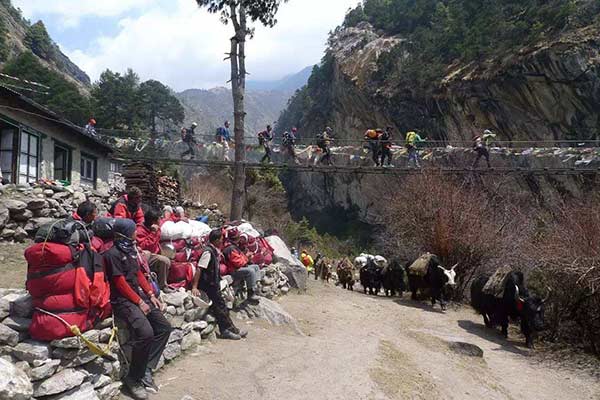 The religious belief is Tibetan Buddhism, mainly based on the Sakya and Kagyup, more primitive beliefs retained.

They thought their ancestors who fled here to avoid being hunted by hiding their surnames. By now, Sherpa has a tradition of keeping their family name in heart only, only introduce their given names. Only when it comes to big events like marriage, they will tell their family name.

Sherpa has a tradition that the lovers can not get married if they having the same family name. The people who does not abbey the rules will be driven out of the village. The parents of both sides will ask each other's surname before marriage.

Usually, the Sherpa do not accept foreign marriage, the Sherpa only marry to Sherpa, but they do not marry to the people who have the same family name.

The rule of “the couples have same family name can not get married” to a certain extent, also leads to the small population of Sherpa.

The Sherpa do not use chopsticks, usually eat with hand. Their main foods and drinks are corn, rice, vegetables, fruits, butter tea, corn wine and barley wine. After Sherpa’s death, the Lama would chant the Scriptures for the dead, be guided the happy world as soon as possible.

For the burial, according to Sherpa’s tradition, usually cremation or burial would be carried out. Unlike the Tibetan people, usually choose sky burial and water burial.

The Sherpas avoid eating fish, dogs and calves. Because of Hindu influence, also the beef is not forbidden, but they never slaughter the cattle. Staple food is mainly corn. Fennel, pepper and other condiments are widely used for their traditional cuisine.

In 1980, the Sherpas have a population of about 40 thousand, the Sherpa people in Tibet, mainly concentrated in Zhangmu Town, Chen Tang Town, Zhangmu gully and Chen Tang gully. 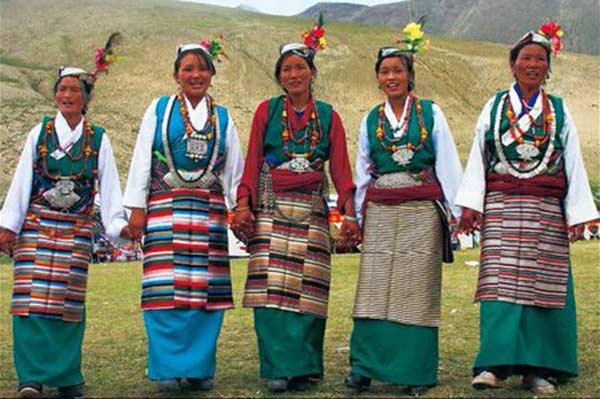 The Sherpas mainly live in the Solu Concord area at an elevation of 4700 meters. Living their life a long time at high altitude area has shaped the unique features of the Sherpas: they have very strong vital capacity because of the thin air.

A Western reporter once joked that the Sherpas have third lobes that specializes in mountaineering; their blood pressure is low, which guarantees the large brain blood supply and muscle expansion; Their trunk is a little longer than their legs.

Sherpas are talented in mountain climbing, exclaimed the British climber Arthur Wakefield, who wrote: "this is a team comprised of old men, women, boys and girls. At an altitude of 6000 meters above sea level, they move swiftly carrying 80 pounds of equipment, some women even carry their baby on their back." In the evening, these "Alpine porters" sleep outside the tent, found a big rock to block the wind. They do not seem to care about the low temperature below zero degree centigrade at night. They are known as the "Porter on Himalaya Range". 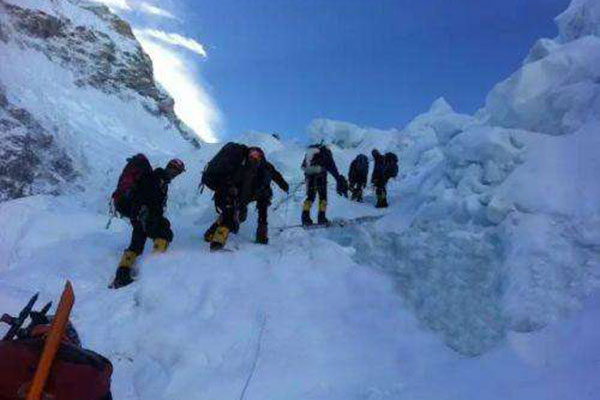 The mysterious Mt. Everest nourishes the Sherpas and makes the Sherpas’ life mysterious. According to legend, there was a creature called snowman in the Himalaya Mountains, and the first one who discovered this mysterious creature was the local Sherpa. Snowman was a creature between man and ape, with huge body, red hair on head, and its whole body covered with gray yellow hair. The creature can be mild, also can be ruthless, it has the power to control everything; it moves fast, even can traverse different spaces.

At the peak season of mountain climbing at Mt. Everest every year, the largest mountaineering team convened a team from different countries with the identity of the "owner of the alliance".

They would hire the Sherpas to do a lot preparation for their mountain climbing, also the Sherpas plays great role guiding them up and down Mt. Everest. Without any equipment, Sherpas risk their lives to erect a safety rope up to 7000 meters to 8000 meters. They carry the rope with the rope to climb to the high place, and put the rope end into the ice of thousands of years, and the hanging rope will play the role of logistics, guide, auxiliary climbing and the safety of the players to a certain extent.