With an average elevation of about 4000 meters, Qinghai-Tibet Plateau covers one of the major natural grasslands of China which involved areas like Tibet, Qinghai, southwestern Gansu and northwestern Sichuan, etc. Qinghai-Tibet Plateau, always known as “roof of the world”, is the highest and largest plateau in the world, home to Tibetan nomads in centuries because of its vast grasslands. However, due to the serious climate changes as well as the challenges from modern lifestyle, Tibetan nomads’ way of living has to be adaptable. According to the statistics of local government, there have been more than 1 million generations of Tibetan nomads who used to live a nomadic life existing centered around livestock jumped down horses to settle down in towns and the surrounding new houses in Qinghai-Tibet Pastoral Area in recent years.

Tibetan people are an ancient nomadic nationality, having long lived a nomadic life in their history. Therefore, nomadic culture has also played an important role in Tibetan traditional cultures. 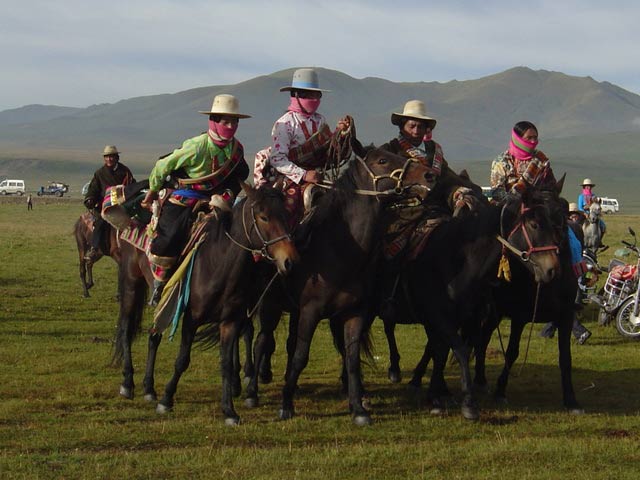 As a matter of fact, nomadic life is kind of like an adjustable choice that Tibetan people have made towards the harsh environment on the Qinghai-Tibet Plateau, which is why the harmonious development between nature and human beings functioned as the most prominent feature of Tibetan nomadic culture. As a result of continuous uplift and dry weather on the Qinghai-Tibet Plateau, the plateau ecology has been suffered from the degradation trend in the last thousand years. Since the late twentieth century, environmental degradation is further intensified and hence the plateau ecological environment has become more vulnerable, which resulted in the disintegration trend of the traditional Tibet‘s nomadic cultures whose existence is dependent on the plateau ecological environment. Under this time background, issues about the plateau ecological changes and environmental protection have attracted most attention of the academic circles.

Historically, the Tibetan herdsmen have lived a nomadic life. They chose places where their animals were able to go out for pasture and built tents near the water resources as their house without fixed residence. Therefore, their tents were commonly in simple structure, easy disassembly, flexible dismounting and easy to relocate. Nevertheless, there was a wide range shape of the nomads’ tents including the tipping bucket-shape, horse ridge-shape, flat shape and spire shape etc. Due to their frequent migration of the nomadic life, to put it in reality, Tibetan nomads always lived on the yak back and so yak’s back was the home to them in some extends while the tent was actually the root of the nomads. Tibetan nomads, together with their yaks and sheep, have been migrating from one piece of grassland to another from time to time. The grassland has merged into deep heart of Tibetan nomads since they viewed grassland as the entire world and each tent is equivalent to their home, the center of a micro-universe. Inside of the tent always kept salt, scriptures, love and stubborn idea of life and death. Grassland, Tibetan nomads as well as their tents, all together jointly created a limitless world where the three co-existed and depended upon each other. 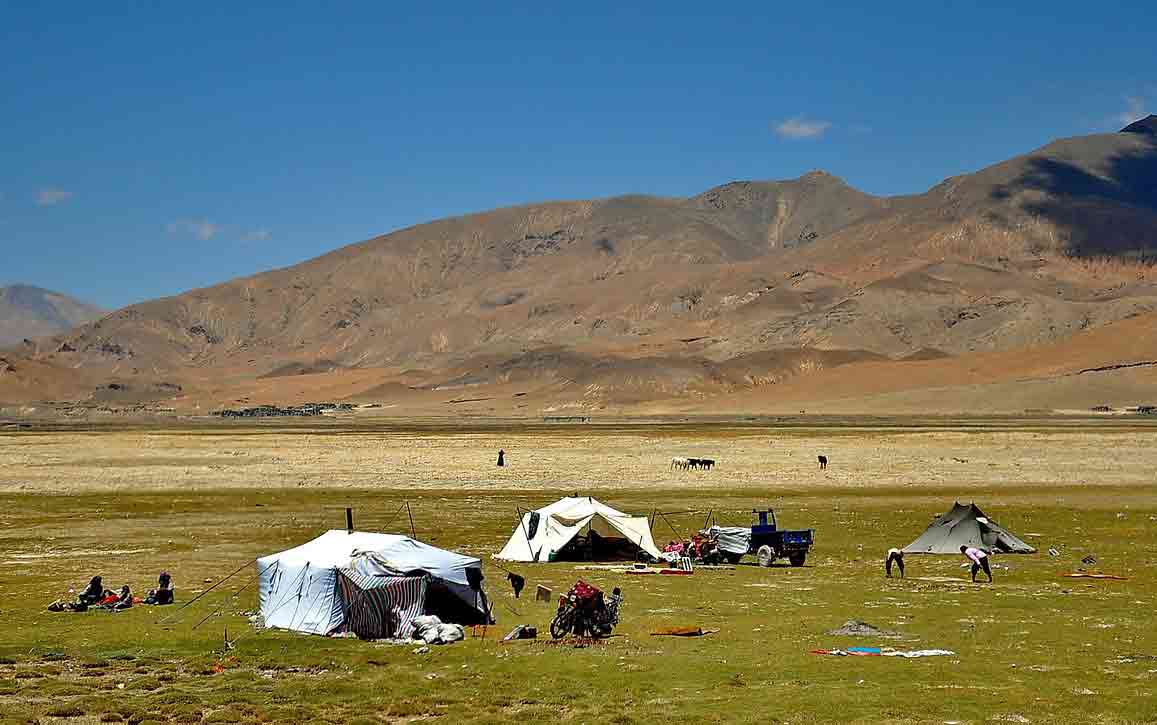 The most commonly seen tent must go to a kind of black yak tent with its coverage being irregular square shape or oblong shape. The material cloth for making this tent is about 25 cm in width. First of all, the cloth will be cut into two parts and sew them together which will normally leave a gap of 60 cm wide. This gap then will be set by some white cloth. In addition, the door curtain will all be made of white cloth since Tibetan nomads avoid black towards black as taboo. As for the size of tent, it can be decided in accord with number of families and actual living condition, no fixed requirements. Besides, the tent weaved by sheep hair is also common and generally used among some families with good condition when in small-scale grazing.

Here we are going to view this nationality that is now on the verge of extinction in a real example. Gar County, located in the west of Ali Prefecture, Tibet Autonomous Region, is the place where Ali authorities situated as well. For hundreds or thousands of years, people here have long inhabited with grass and lived a nomadic life until the implementation of Tibetan comfortable housing project. Since then, nomads of Gar County finally settled down in houses and began to think about changing their way of over-dependence upon natural grassland and turning their current status of living at the mercy of the elements. Nomadic people stopped their wondering footsteps to start a complete new life that young people rarely idle at home but to raise cows, be migrant workers, run transport or business, gradually getting rich through a variety of ways. In general, most of the nomadic people used to live in adobe houses with yak buttered lamps and travel on their horses. Usually, they may raise a dozen sheep and live a kind of hard life.

Related articles
Tibetan Festivals This page introduces some most important Tibetan festivals such as Tibetan New Year, Butter Lamp, Saga Dawa, Shoton festivals and celebration date contrast.
Tibetan Arts This page tells about some typical Tibetan art and culture.
The People of Tibet This page tells about Tibetan people’s characteristics, tradition, religious believes, ways of living, and etc.
Ethnic Religions Learn more about Tibetan religion and culture before traveling to Tibet.
Lhasa Heritage Hotels We list some Tibetan traditional hotel recommendations for your consideration.
Three Major Dialects in Tibet The Tibetan language in general can be divided into three dialects including the U-Tsang dialect, Kham dialect and Amdo dialect in all. The so-called Kham Tibetans, Amdo Tibetans and U-Tsang Tibetans are divided according to the three major dialects.