How to Travel to Tibet from China

As an autonomous region of China, Tibet can now conveniently reach several gateway cities of inland China after decades of transportation infrastructure development. There are sophisticated networks of flight, railway, and car transportation options. In this article, you’ll find detailed information on how to travel from inland China to Tibet with each option.

Flight Options from Major Cities in China to Tibet

Tourists most commonly fly to Tibet because it is the fastest and most convenient transportation option. It only takes about 2 to 3 hours to fly from one of the gateway cities in western China. Even if you fly from farther locations like Beijing or Shanghai, the flying time won’t exceed 8 hours. Meanwhile, the shortest train journey starting from Xining takes up to 21 hours. So, if you have a tight schedule, then a flight to Tibet will be the most time-effective option.

There are dozens of flights to Lhasa every day from major cities all across China, including Beijing, Shanghai, Guangzhou, Xi’an, Chengdu, Chongqing, Lanzhou, Xining, Kunming, Lijiang, etc. And among these cities, Chengdu has the busiest air route into Tibet. During the high season, there can be as many as 12 flights per day going to Tibet.

Below you will find flight details from some of the most popular gateway cities of inland China to Tibet:

Due to seasonal differences, the flight schedules mentioned above are for reference only. Please contact us for the latest details.

Train Options from Major Cities in China to Tibet

If you have a more flexible schedule, then taking a train to Tibet will be a wonderful experience. You can enjoy the vast grasslands, glittering snowy mountains, giant jagged rocks of grotesque shapes, grazing yaks, herdsmen waving at you on the road and turquoise mirror-like lakes. All these scenes will become part of your Tibet trip. When it’s over, you will carry these wonderful experiences with you for the rest of your life.

There are trains departing for Tibet from several cities of inland China, which includes Beijing, Shanghai, Guangzhou, Xi’an, Chengdu, Chongqing, Lanzhou, and Xining.

Xining is the biggest city of the Qinghai-Tibet Plateau and the official starting point of the Tibetan Railway. It has the shortest journey with only 21 hours on the train. In comparison, it takes over 40 hours to ride on the train if you depart from Beijing, Shanghai or Guangzhou.

The train ride is a very popular way to get to Tibet. During the high season from May to October, it is even harder to book train tickets to get there. So, if you plan to take a train to Tibet during these peak months, then we recommend that you book your tickets with a ticket agent or travel agency at least 30 days in advance.

For your reference, the following are train details from some of the most popular gateway cities of inland China to Tibet:

The price of the tickets tends to fluctuate based on the season and time in which you want to travel. If it’s the peak of the tourism season, then you can expect the price to be higher. It is also recommended that you book your tickets at least 1 month in advance. This will ensure that tickets are still available for you.

In addition to the general transportation options like train and flight, you can also choose an overland tour to Tibet. You’ll find the scenery will unfold like a picture scroll, with turbulent rivers down the cliffs, steep hillsides, rocks tumbling down the roadside, nonstop dangerous turning, and sapphire-like blue lakes. These are the only breathtaking views that can be savored by people who are entering Tibet on the overland. 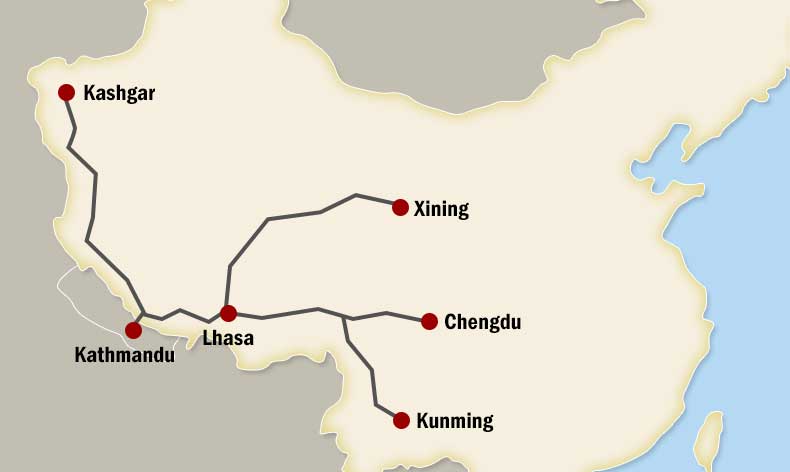 Overland from Sichuan to Tibet：

The overland drive from Sichuan to Tibet crosses 14 steep mountains with an elevation of over 4000 meters along the road. There are also turbulent rivers that can be seen, such as Dadu River, Jinsha River, Nujiang River and Lancang River from east to west. The road is arduous, but the scenery of the magnificent snowy mountains, primitive forests, grasslands, glaciers, canyons and big rivers throughout the entire way make it worth the drive. 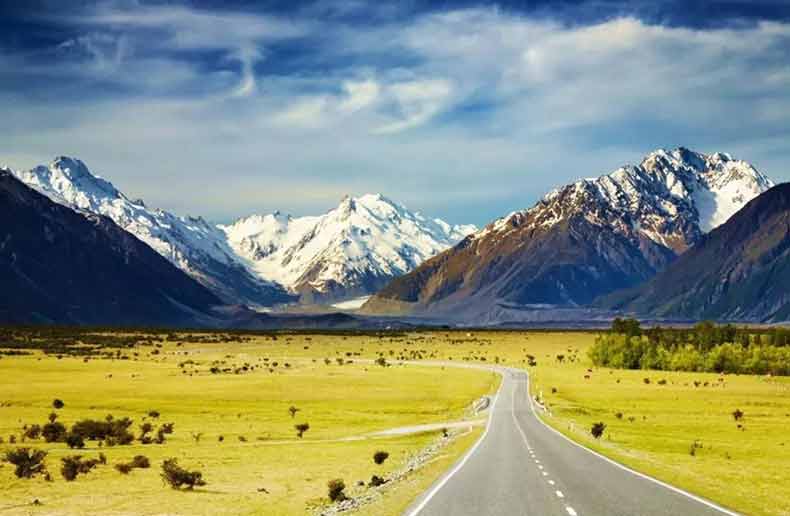 Overland from Yunnan to Tibet:

Driving from Yunnan to Tibet is one of the most enchanting overland routes for explorers to take. This route is known as the "Ancient Tea Horse Road" which was previously used as the main traffic route in the past.

The overland route from Yunnan to Tibet is an important national cultural corridor in the western part of China. It is an ancient road which leads to a plateau with the highest elevation and the most difficult passage conditions in human history.

The fascinating attractions along this route include the old cities of Dali and Lijiang; the Kham Tibet region of Yunnan Province-Shangri La; the famous peaks Meri Snow Mountain and Namcha Barwa; and the alpine lakes Rawok and Basumtso, etc. 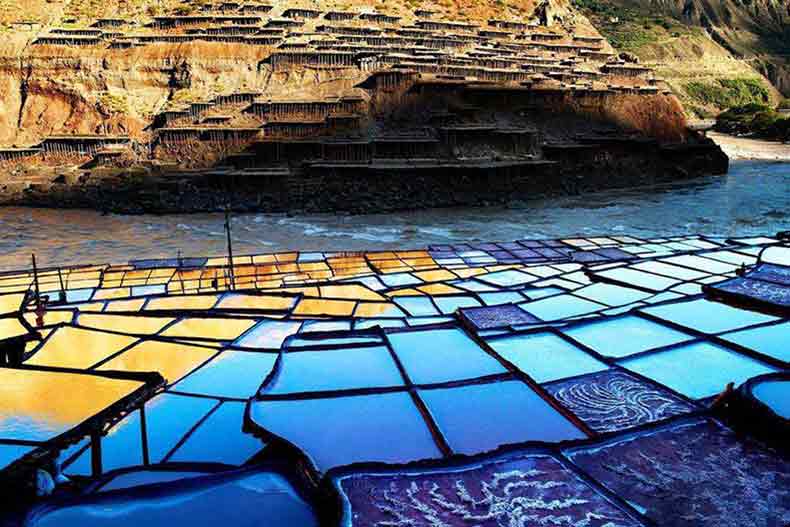 Overland from Qinghai to Tibet:

Qinghai-Tibet Highway connects Xining City of Qinghai Province in the east and Lhasa City of Tibet in the west. It is the world's highest and longest asphalt road as well as the safest road with the best driving conditions on the Qinghai-Tibet Plateau.

You’ll find lots of spectacular landscapes along the way, such as grasslands, salt lakes, the Gobi Desert, snowy mountains, and cliffs. The Qinghai-Tibet overland road is the busiest road all year round among the 4 routes from inland China to Tibet. 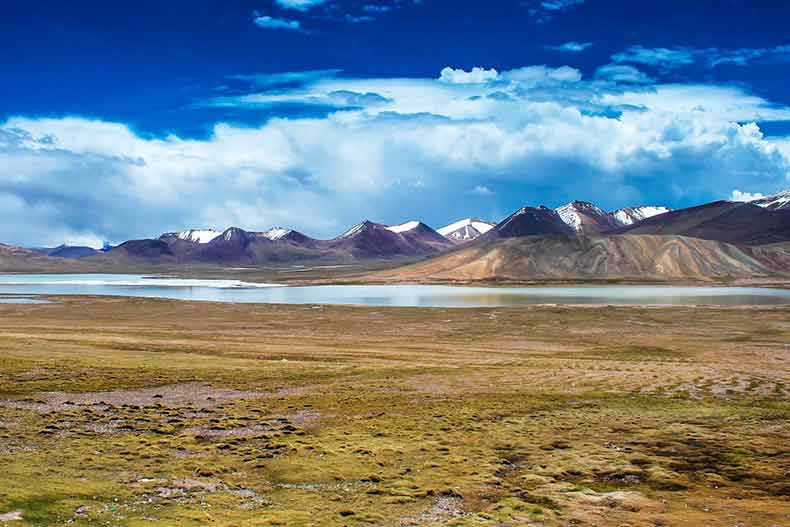 Overland from Xinjiang to Tibet:

The Xinjiang-Tibet Highway, traditionally referred to as the National Highway 219, also known as the Yela Highway, is an important overland route into Tibet. This highway passes through the world-famous Kunlun Mountains, Gangdise Mountains and Himalaya Mountains, with an average altitude of over 4500 meters. The annual average temperature is - 9 °C.

The road is a long stretch of desolation, with hundreds of miles of no man's land traversed along the way. There are very few villages and towns in the Ngari region of Tibet. You’ll find over 1000 kilometers of barren landscape in the Gobi Desert, permafrost and mountains covered with snow all the year round. You’ll also enjoy the spectacular scenery of the plateau and have a chance to stop by Mt. Kailash and Everest Base Camp while you’re driving from Xinjiang to Lhasa.

Firstly, you’ll need a valid Chinese visa, which can be obtained from Chinese Embassies and Consulates in any country throughout the world. Since Tibet is part of China, traveling to Tibet from inland China and back does not require double or multiple entry visas. One single entry tourist visa would be enough. It’s also workable if you are holding another type of visa as long as you have a private passport.

Besides that, foreign travelers will additionally need a Tibet permit to enter Tibet, according to the regulations of the government. Tibet permits are issued by the Tibet Tourism Bureau and are arranged by your travel agency.

To obtain a Tibet permit, all you need to do is provide scanned copies or clear photos of your passport and Chinese visa to your travel agency, and the rest will be handled by them. 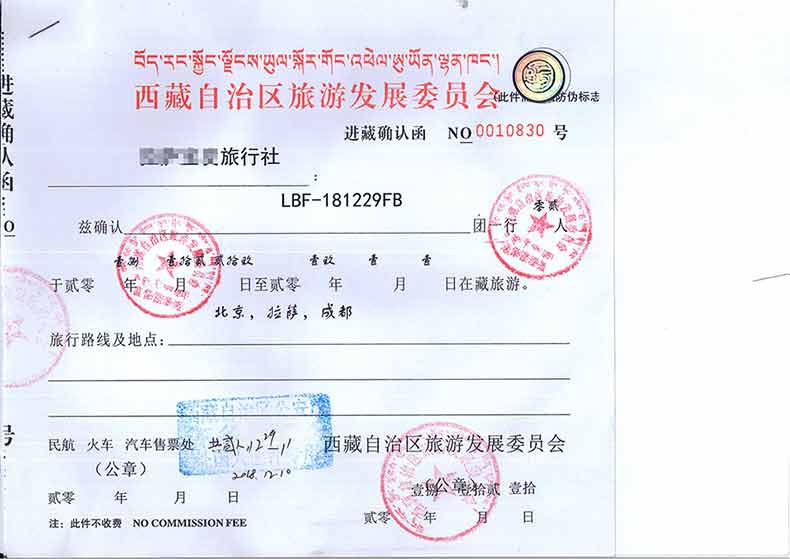 For most of Tibet (Lhasa, Shigatse, Everest Base Camp), the total processing time for a Tibet permit takes about 2 weeks. The Tibet permit application for the Mt. Kailash tour and some of the overland tours from inland China will take up to 4 weeks. It is recommended that you contact your travel agency at least 6 weeks before arriving in China.

The travel agency who arranges the Tibet tour for you will deliver the Tibet permit to your hotel in China before you fly to Tibet. You are required to provide the details of your address, reservation name, and phone number.

These are just brief details about how to travel from inland China to Tibet. If you have any travel questions on Tibet, please feel free to contact us at inquiry@gototibet.com.