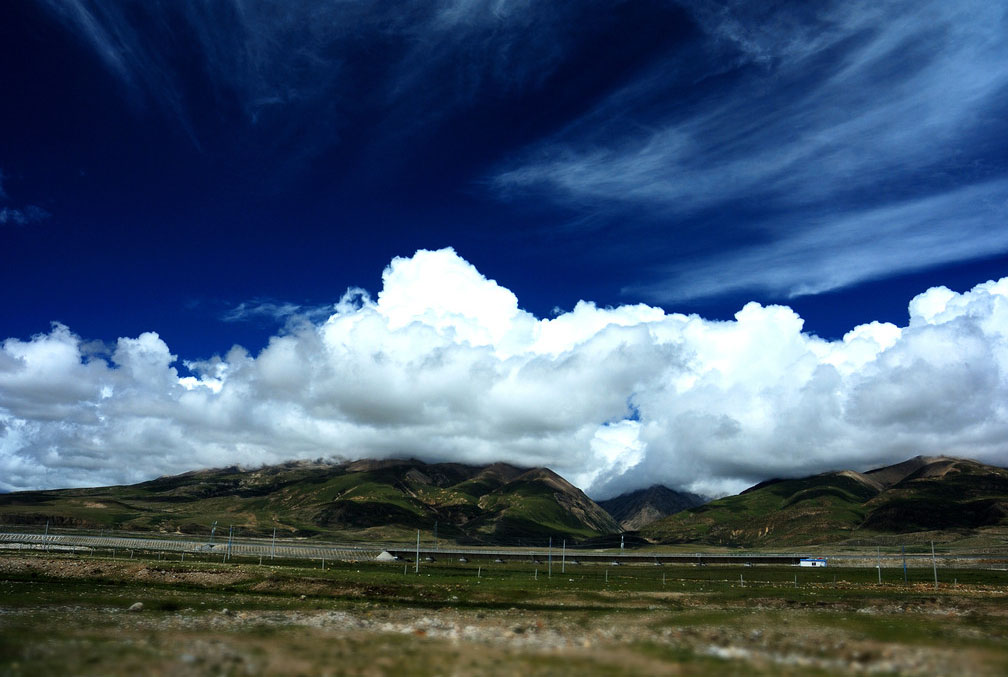 The Qinghai-Tibet Highway (from Xining of Qinghai Province to Lhasa of Tibet) is the world’s highest and longest asphalt road. Over 1,000 kilometers of the highway is located at over 4,000 meters of sea elevation, the highway passes by Riyue Mountain (3,468 meters), Xiangpi Mountain (3,817 meters), Caka, Duglem, Golmud (2,780 meters) in the gobi desert, then climbs up the Kunlun Mountains and passes by Nachitai (3,776 meters), Kunlun Bridge (3,400 meters) Kunlun Mountain Pass (4,767 meters), Wudaoliang (5,200 meters), Fenghuo Mountain Pass (5,100 meters), Tutuo River Bridge (4,500 meters), Yanshiping (4,780 meters) and the Danggula Mountain Pass (5,231 meters) before entering Tibet. Through Amdo (4,800 meters), Nagqu (4,500 meters) and Yampachen (4,230 meters), the highway finally reaches Lhasa. With a total length of 1,944 kilometers, the section from Golmud to Lhasa is 1,161 kilometers. It runs close by the Qinghai lake, the largest salt lake in China, crosses the vast gobi desert in the southern Qinghai Plateau and northern Tibet Plateau, crosses the Tuotuo River, upper reaches of the Yangtze River, and its over 30 tributaries. The road has to climb over 15 mountain tundra. Through Nagqu, the strategic city in northern Tibet, the highway finally reaches Lhasa.

The Qinghai-Tibet Highway is a section of the 109 state Road measuring 3,864 Kilometers (Beijing-Yinchuan-Lanzhou-Xining-Golmud-Lhasa). When it was completed for transportation in 1954, it measured 2,100 kilometers. In 1970s, the entire road was laid with asphalt and twice in the 1980s the entire line was improved with better routes selected. The highway has been shortened and improved. Now it takes only three days to reach Lhasa from Xi’ning and only two days from Golmud to Lhasa.

From many years, the road has been undertaking over 85 percent of the all the cargo volume into Tibet. It has also become a golden route for travelers. 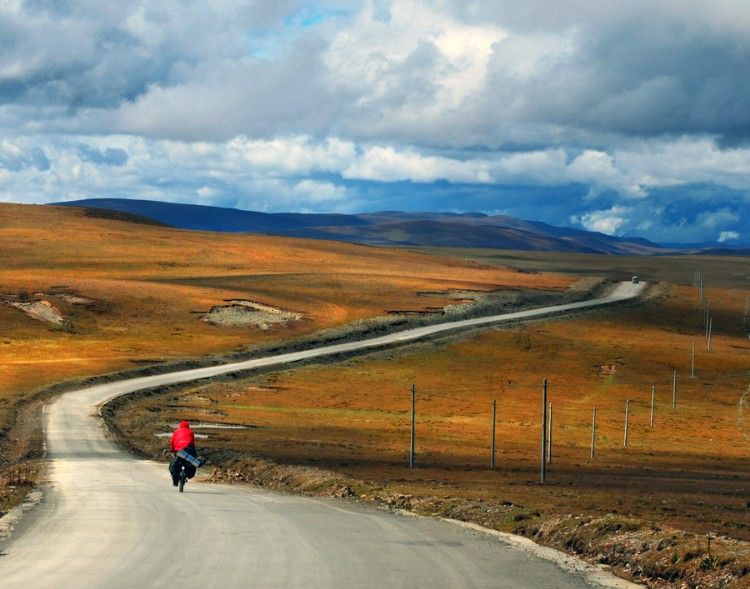 The Sichuan-Tibet Highway connects Tibet with other parts of Southwest China.

Starting from Chengdu of Sichuan Province, the road goes west by Ya’an and Kangding, then separates into two at Xinduqiao. In one direction, the highway is a part of the 318 State Road (Shanghai-Wuhan-Chengdu-Lhasa-Xigatse-Nymlam, 5450 kilometers long). This part passes by Yajiang, Batang, Mangkang and Zogang before reaching Bangda. From here, the 318 State Road goes further to Bomi, Nyingchi and finally reaches Lhasa. It is 2,171 kilometers from Chengdu. One can also start from Bangda to reach Qamdo in the north, then take the Hei-Chang (Nagqu-Chamdo) Highway to enter Lhasa. Another road branching from Xinduqiao is the 317 State Road (Chengdu-Qamdo-Nagqu, 1,960 kilometers) which passes by Daofu, Ganzi and Dege to reach Qamdo. From here, one can either go south to reach the 318 State Road at Bangda, then head for Lhasa by Bomi and Nyingchi (2,342 meters from Chengdu); or continue with the 317 State Road to reach Lhasa by Rewoqe, Dengqen, Baqen and Nagqu (2,342 kilometers from Chengdu). When the Sichuan-Tibet Highway was completed in 1954, the road followed the route of Ganzi, Qamdo, Bangda, Bomi and Nyingchi.

Inside Tibet, the Sichuan-Tibet Highway passes by eight counties under the cities of Qamdo, Nyingchi and Lhasa. On its way lie the formidable Hengduan, Nyainqentanglha, Gandise Mountains and their numerous branches. Grand rivers like Jingsha, Lancang, Nujiang, Parlung Znagbo, Nyang and Lhasa roar under the bridges or run side by side with the road.

As the converging point of 317, 318 and 214 State roads, Qamdo is the main transportation hub of the Sichuan-Tibet Highway. 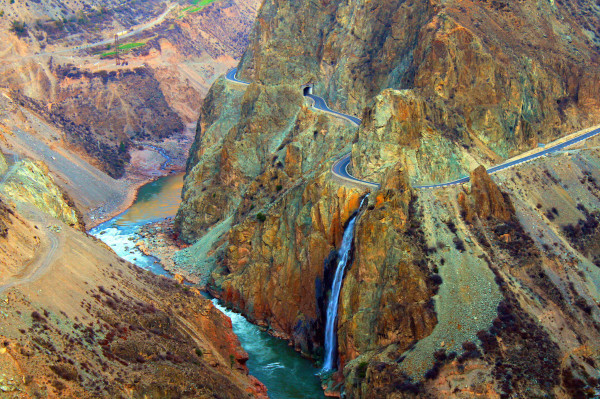 Beginning from Xiaguan of Yunnan Province, the Yunnan-Tibet Highway ends at Mangkang of Tibet in the west. It is connected with Batang-Qamdo section of the Sichuan-Tibet Highway and Kunming-Wanding section on the Yunnan-Burma Road. The 716-kilometer road was completed in 1974 as a part of the 214 State Road (Xining-Yushu-Qamdo-Zhongdian-Jinghong, 3,290 kilometers). The part from Xi’ning to Qamdo is also known as the Qing-Kang Highway.

The best part about this road is the diversified ethnic minorities culture and the display of landscapes from plateau in northwestern Yunnan to the gorgeous Hengduan Mountains, then the dense forests of eastern Tibet. The natural scenery becomes even more attractive with the ethnic minorities. Once inside Tibet, one can admire the picturesque subtropical views at Yenjain. After crossing the vast forests on the Hengduan Mountains at Mangkang and Zogang, one will encounter the charming Bangda Grassland. The landscape will become even more spectacular in even more spectacular in Bomi, Nyingchi or Qamdo further to the north. 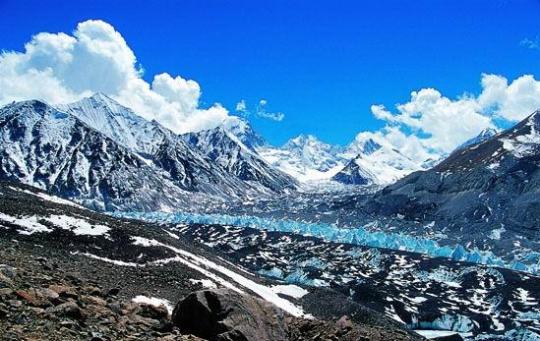 Starting from Yecheng of Xinjiang Uygur Autonomous Region, the Xinjiang Tibet Highway passes by Shiquanhe to reach Lhaze. It is a part of the 2,140 kilometer long 219 State Road.

The construction started in April 1956 and ended in October 1957. Through many improving projects, the road is now 1,080 kilometers, which is shorter than the original route.

The Xinjiang-Tibet Highway is the world’s highest-located road, winding on 10 snowy slopes of the Kunlun Mountains. Over 915 kilometers of the road are above 4,000 meters over the sea level, 130 kilometers are over 5,000 meters in elevation. At the highest mountain pass which is 402 kilometers from Shiquanhe, the road reaches 6,700 meters. The most suitable months for transportation are July and August. 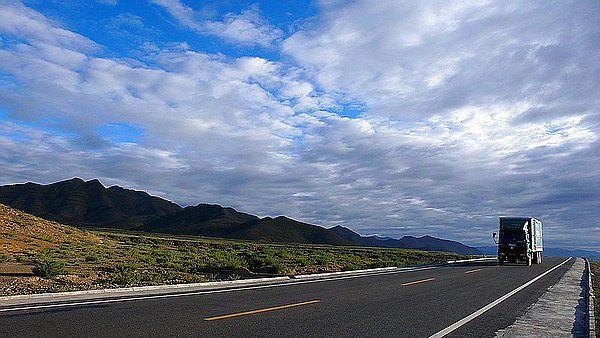 The 861-kilometer road begins at Lhasa in the north, then passes by Quxu, Xigatse, Lhaze, Tingri Nyalam, and enters Nepal via the friendship Bridge of Zhangmu. Its destination is Kathmandu. The part from Lhasa to Nyalam also belongs to the 318 State Rod. The section from Tingri to the Zhangmu Friendship Bridge (border bridge between China and Nepal) was completed I June 1965.

The best road to enter or leave Tibet is the Qinghai-Tibet Highway, which has a good quality, takes shorter time and less money and operates throughout the year. Regional buses run on the highways of Sichuan-Tibet, Yunnan-Tibet and Xinjiang-Tibet but they are sometimes unable to function well due to seasonal disasters or partial blockage. The transportation on these roads is especially vulnerable during the rainy and wintry season.

For overseas tourists or guests with visas, the China-Nepal International Road and the route from Lhasa to Kathmandu are good alternatives for entering or leaving Tibet. From the Zhangmu Town, one can reach Kathmandu along the China-Nepal in addition, if one chooses the Yadong Town on the border, one can reach Sikkim, Bhutan and India to the south, or Gyantse, Shigatse and Lhasa to the north. As for Burang, Gyirong and Ri’og, the transportation is not very convenient as people have to walk for some parts of the road. Except for pilgrims and merchants across the border, there are few tourists.

Riding bike across Tibet is becoming a fashion. Although it’s a tough job, more and more people have favored its unique advantages.