Travelling to Tibet can be arranged all year around. Though from April to October is generally considered the best time for Tibet travel, different seasons have different scenery.

Spring comes late in Tibet. People usually start the tour to Everest Base Camp and Namtso Lake from April. Weather is clear and pleasant, meanwhile, there aren’t too many tourists during this shoulder season. Discounts for air tickets and accommodation are available, so scheduling a Tibet tour between April, May and early June is an affordable choice.

Summer begins from July and ends in early September. Travel in Tibet with the mild temperatures on the plateau. It’s high season as well as the monsoon, the months of July and August bring half of Tibet’s annual rainfall. Reservations for the tour needs to be made ahead of time especially during the Shoton Festival in August.

Autumn (mid-September to October) is a great season to go to Tibet. The weather is still  comfortable for most people. The rainy season comes to an end in mid to late September, and therefore makes the overland tour across Tibet smoother without the troubles of the landslide blocking the road.

Winter (December, January, February, March) is low season for Tibet, however, it is also a good time of year to have a tour in Lhasa and the sites around. You’ll enjoy a less crowded visit in the Potala Palace, and if you are interested in some natural landscapes, a day trip to Yamdrok Lake is a good option in winter too. 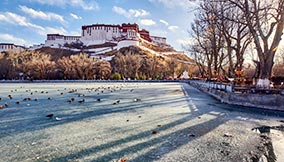 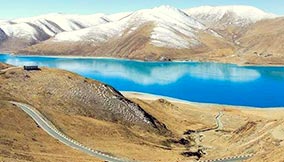 Travel to Tibet in November
Low season for Tibet travel begins from November, and cheap flights to Tibet are available. Also, winter is good time to view Mt. Everest as the rainy season ends. 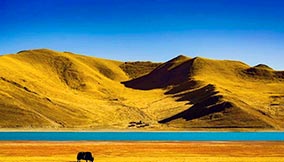 Travel to Tibet in October
October is considered a good month to view the Mt. Everest and Mt. Namcha Barwa, and you’ll be away from the tourist crowds after the first holiday week of October. 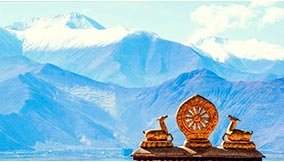 Travel to Tibet in September
Rainy season in Tibet comes to an end from Sept. And it’s a good month for many Tibet tours, including the overland tours from Sichuan to Tibet and Tibet to Nepal. 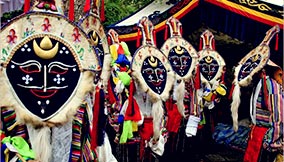 Travel to Tibet in August
August is considered the best time to visit Tibet due its warm weather. Nagqu Horse Racing Festival and Shoton Festival is held in this month too. 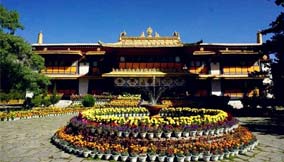 Travel to Tibet in July
July is the first month of Tibet’s peak travel season. Though July is rainy season in Tibet, you’ll enjoy comfortable weather during the summer time. 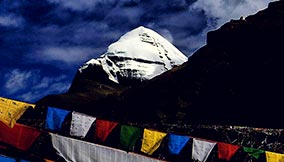 Travel to Tibet in June
June is a good season to travel to Tibet. Tibet weather in June is comfortable. And you can celebrate Saga Dawa Festival at Mt Kailash in this month. 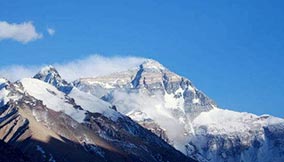 Travel to Tibet in May
May is the best month to travel to Mount Everest Base Camp and see the stunning hidden beauty of alpine azalea in southeast and south Tibet. 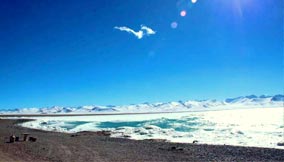 Travel to Tibet in April
Mount Everest Base Camp is suitable to be visited from April, and you can start to visit Namtso Lake from the second half of this month. 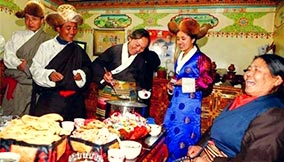 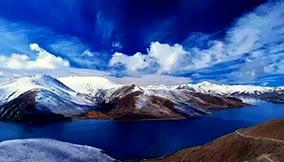 Travel to Tibet in January
Tibet can be visited in January, and it’s suitable to do Lhasa and Shigatse tours. Also, Yamdrok Lake is another good option to travel to.