At an average altitude of 4,000 meters above sea level, the Tibetan Plateau is the highest plateau in the world. As a typical feature of a high-altitude location, Tibet has thinner air, lower air pressure and less oxygen. Tibet is within the middle latitude areas (26°50'～36°53'), even during the winter, so it gets an abundance of sun radiation; and about 80% of its rain in a year occurs at night. For this reason, Lhasa, the capital city of Tibet, has been granted the name “city of sunlight.” 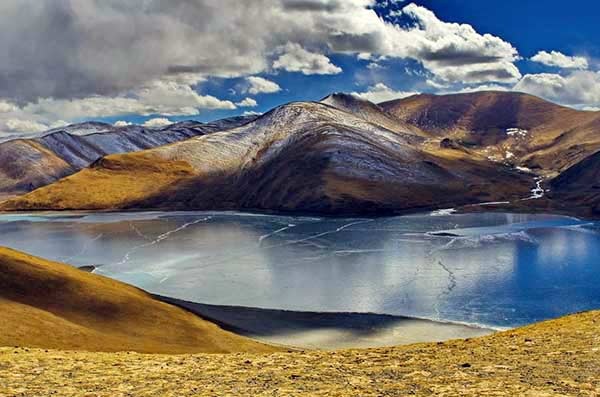 As an illustration, in June, the maximum temperature measured at noon can hit 29°C, while at dusk, the temperature drops distinctively which makes you feel like it is cool autumn rather than hot summer; and the lowest temperature after midnight can drop below zero. If you were in Tibet, you would agree with the comment “Four Seasons in One Day.” That may perfectly explain why you’d see Tibetan people wearing their traditional robe with one sleeve taken off during the warmest period of the day and then tightly put on the robe at sunset.

From every October to April of the following year, it is the dry season in Tibet. The westerly jet sweeps across the upper level of the Tibetan Plateau, and the cold high pressure oversees the ground. As a result, these seven months are dry, windy, cold, and with rare sleet, rain or snow. The total precipitation of the dry season consists only of 10% to 20% of the annual amount of rainfall in Tibet. From May to September, the hot low pressure takes over the ground layer of the plateau. In the meantime, the southwestern monsoon reaches Tibet, bringing forth 90% of the annual rainfall to Tibet.

Past Weather Data in March, in Tibet

Note: The above information is collected from historical data, so a differing weather pattern may occur.

March of Tibet Belongs with Nyingchi

March marks the beginning of spring in the northern hemisphere. The first floral scent that wakes up the dormant lifeforms of winter occurs in Nyingchi. As the warmest prefecture in Tibet, Nyingchi is most famous for its peach blossoms which bloom in March and April. The peach blossom trees in Nyingchi are hundreds of years old, and many of them live wild along the riverbanks. Quietly spreading a light pink painting, Nyingchi peach blossoms have a kind of beauty that is amazingly graceful and sweet. Thus, whenever talking about March in Tibet, Nyingchi and peach blossom come into the minds of domestic travellers. However, Nyingchi will definitely surprise you with more than just peach blossom. It contributes the largest forest-based sources of Tibet and is home to the beautiful Mountain Shergyla and Lulang Forest Sea. It is also home to the attractive award-winning peak Mount Namcha Barwa (7,782 meters).

If you are a plant lover, then welcome to Nyingchi. It is the plant museum of Tibet where you will be amazed by the ancient wild peach blossom trees. After that, you will get immersed instantly into the wonderland of alpine azalea, attractive blue poppy, giant cypress and fir trees, forest-edge meadows, and more. 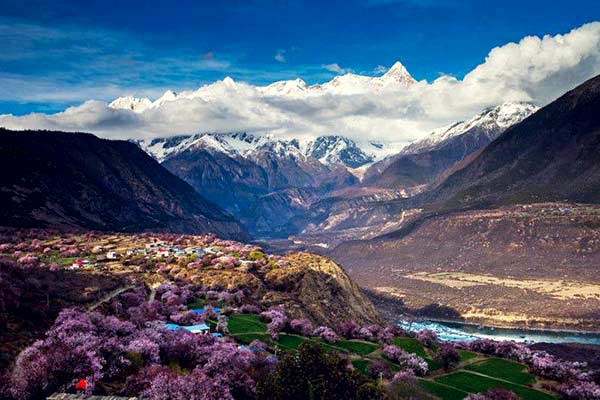 Weather Facts About Other Iconic Attractions in March

Here is a list of cities and towns that are basically suitable for visiting all year round. They are Lhasa, Gyantse, Shigatse and Shannan. They all have important status in Tibetan Buddhism and represent the ancient Tibetan civilization in various historical periods, which make them ideal destinations for a historical or cultural tour. As for travelling into the wild to reconnect with nature, you can visit the magnificent mountains, the Himalayas (Mount Everest), Mount Kailash, and the three sacred lakes (Yamdrok, Namtso, Manasarovar). Different weather conditions resulting from the various altitudes and locations should be considered.

Mount Everest in March: Though the temperature at the Everest Base Camp can drop to -11°C before sunrise, March is one of the best months to have a clear view of the world’s highest peak. It is also the first month of the year that is open to climbing teams to attempt their summit.

Yamdrok Lake in March: Even in the height of winter, Yamdrok Lake doesn’t get completely ice-covered. Within the easy reach from Lhasa, as well as the high chance of clear days, visiting Yamdrok Lake is not only feasible, but it is also a great option. 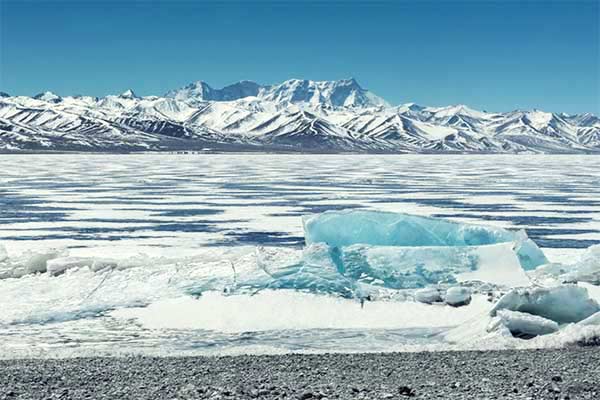 Tibet had been closed to foreign tourists in March for 10 years, since 2008. But then, big change happened in March 2019 because foreigners were now allowed to travel to Tibet in March.