Many guests are worried about whether the toilets on the train are too crowded or very dirty because of the large number of people taking the train. Generally speaking, the staff on the train frequently cleans the toilets, so you do not have to worry.

There is no private toilet in the soft sleeper compartment or anywhere else. However, the toilets on the Tibet train are relatively plentiful. There are toilets at every junction of each carriage, so even if you find the toilet is occupied, you can walk to the other end of the carriage or to another carriage to use the toilet. 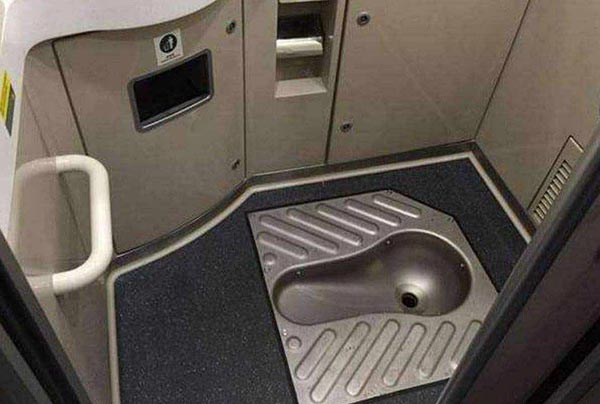 There is also a washing area with sinks and mirrors beside each toilet. It is advisable to use them early in the morning and evening to avoid the crowds. And please note that there’s no chance to take a shower while on the train. 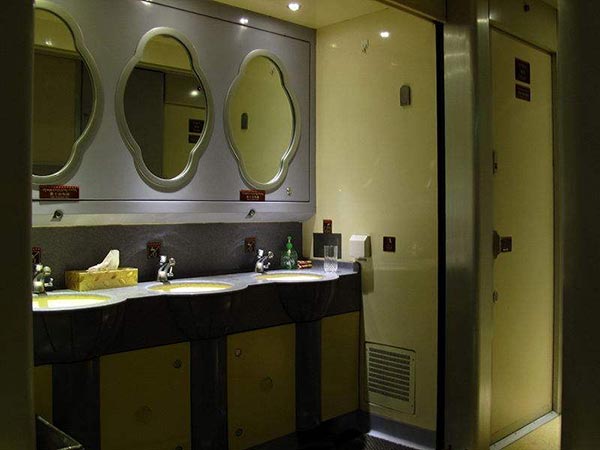 Before the year 2000, the toilets on the train were basically designed to handle train waste in a "straight-line" processing method. The “strain-line” design is simple, easy to maintain, and the cost is very low. Even nowadays, in some other less developed countries, they still use the “straight-line” processing method to deal with train waste.

What exactly is a "straight-line" toilet? The easiest way to explain it is that you can see the railway track while you go to the toilet. And when the train is running at high speed, the excrement from the toilet decomposes into "fine particles" under the atmospheric pressure, and then drifts into the air with the wind. Even if more excrement can not "decompose" in the air, it will finally be "air-dried" over time.

The conductor checks the toilets and locks them up before arriving at the train stations since the toilets are not allowed to be used when it stops at the platform.

Since 2000, the latrines on trains have been transformed gradually in our country. Slowly, the "straight-line" latrines have been replaced by the "vacuum" latrines.

We use a collecting box which connects to the toilet to collect the excrement, and then do centralized treatment when the train arrives at the station. For the new type of "vacuum toilet," we can use the huge vacuum suction to pump the excrement into the "box," and wait until the platform uses a special sewage system to remove the excrement.

The Qinghai-Tibet Railway is not allowed to defecate along the way outside the train. The toilets of the train are equipped with vacuum collectors, and wastewater is recycled by special equipment. The working principle of the vacuum toilet collector is to make use of the vacuum sewage system formed in the dirt box body and pipeline to transfer the dirt from the pot to the small box and then discharge it into the large box. After the vehicle arrives at the end, the dirt truck will take it away and dispose of it.

And the special train garbage compressor is used to treat other waste on the train, which can ensure that the environment along the way is not polluted by garbage.